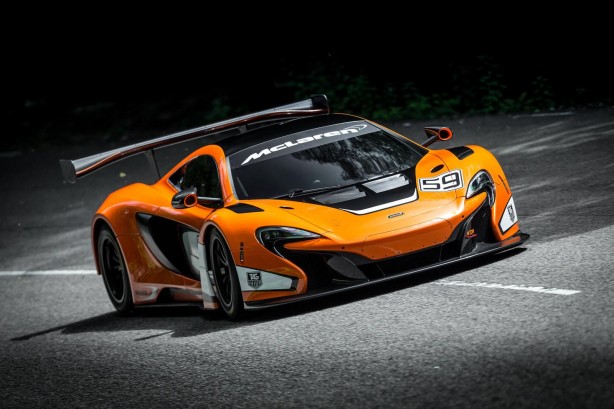 McLaren has taken the wraps off the McLaren 650S GT3 today in the grounds of the famous Goodwood Estate. The British marque’s latest track-honed racer will participate in GT3 championships across the globe from 2015.

Built on the company’s highly successful McLaren 12C GT3, which has re-established McLaren at the front of the GT grid over the past three seasons, the 650s GT3 has big shoes to fill. 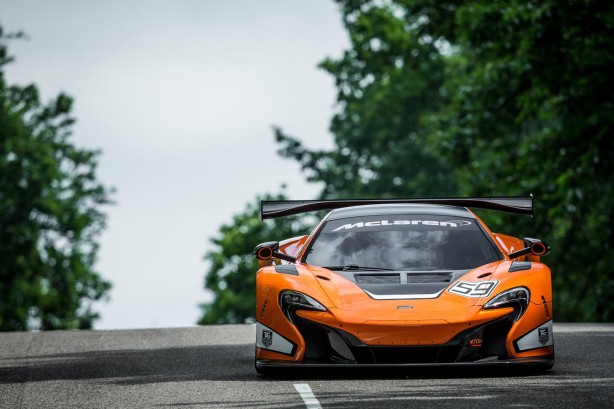 Based on the recently unveiled McLaren 650S, and built around the same lightweight carbon fibre MonoCell chassis, the GT3 iteration has been honed using CFD technology and the latest in automotive and motorsport simulation to offer enhanced aerodynamics and improved levels of cooling.

At the front, an aggressive splitter and larger air intakes dominate the purposeful new look, incorporating the familiar McLaren ‘face’ – albeit a more aggressive and menacing version, while on the flanks, the all-new lightweight carbon fibre bodywork wraps around reprofiled air intakes, which offer further optimised cooling.

The fixed carbon fibre rear wing works in tandem with the large carbon fibre splitter to complete the management of air as it is worked across, through and beneath the sleek lines of the 650S GT3. 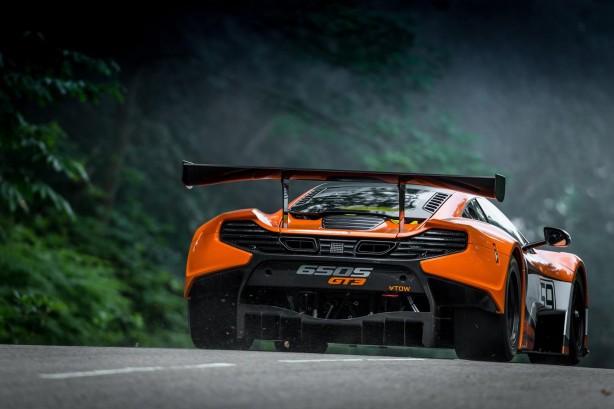 Optimising engagement for the wide range of drivers competing in GT racing is a revised suspension geometry, wider track and updates to the overall setup. In addition, the updates have been made with added emphasis on endurance racing, pulling from the learnings over the past few years, and responding to feedback from the customer teams.

The McLaren 650S GT3 is equipped with a twin turbo 3.8-litre V8 ‘M838T’ engine. Race-tuned with a McLaren-developed ECU offering increased functionality to incorporate turbo boost and transmission shift control, the engine is coupled to an all-new six-speed sequential motorsport transmission. The 650S GT3 produces around 500PS (368 kW) – the same power as the 12C GT3.

Bringing the storming 650S GT3 to a stop is a set of uprated brakes with six-piston callipers on the front, and four-piston on the rear, with ventilated discs (380 x 35mm front / 355 x 32mm rear). 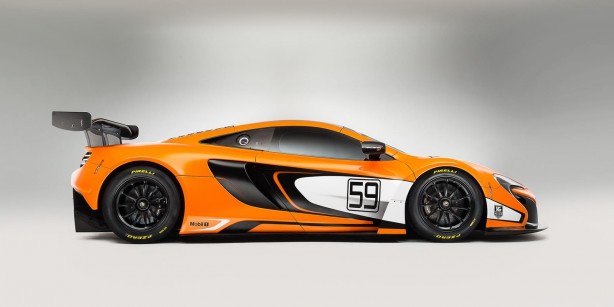 “The McLaren 650S GT3 is to GT racing what the 650S is to McLaren Automotive, with the new car improving on all areas of a strong existing product, and making it more engaging at the same time,” said Mike Flewitt, Chief Executive Officer of McLaren Automotive.

“It shares the heart and soul of its road-going sibling with the same 3.8-litre twin turbo engine and the carbon fibre chassis, but turns things up to 11 in terms of aerodynamics. It is truly fit for purpose, but is now accessible to an even wider breadth of abilities and, as with the road car, it provides unprecedented levels of comfort, safety and driver engagement.”

Deliveries of the McLaren 650S GT3 will commence from late 2014, and the competitive debut with customer teams in GT3-homologated series will start in 2015.