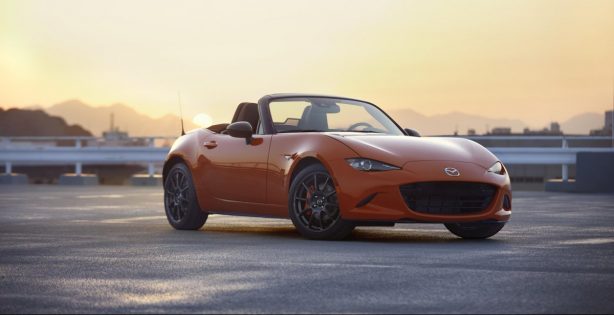 Mazda has today unwrapped the MX-5 30th Anniversary Edition at the Chicago Auto Show, which runs from February 7-8. The reveal is auspiciously timed, landing on the anniversary eve of the iconic model’s global debut at the same event on February 9 1989.

After 30 years and with more than 1 million examples sold, the MX-5 is the world’s best-selling roadster. And the 30th Anniversary Edition commemorates this milestone with a message to all the fans worldwide.

“Mazda feels that the MX-5 is no longer its own creation. It belongs to the fans around the world who have supported the development of the model,” reads the press release.

“To express its gratitude, and its high hopes for the future of the MX-5, the company developed Racing Orange, an exclusive body colour that evokes the breaking dawn of an exciting new day.”

In addition to the new colour, the MX-5 30th Anniversary Edition features 19-inch Rays ZE40 RS30 forged alloy wheels developed exclusively for the MX-5 in cooperation with Rays Wheels. and a 30th Anniversary badge that displays the model’s serial number. Sales will be limited to 3,000 units worldwide, including both soft-top and retractable hardtop models.

Australia will receive an allocation of just 30 soft-top models, based on the 2.0L Roadster GT. Local pricing will announced closer to launch. 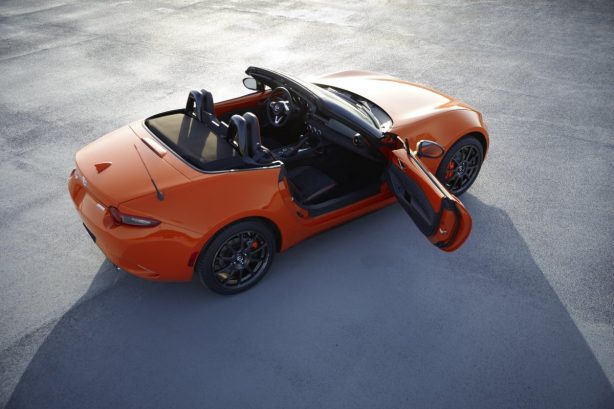 Previous 2019 Hyundai Elantra Sport, Sport Premium lob in from $28,990
Next 2019 Toyota Corolla ZR Hybrid Hatch Review – one for the driver

The mid-size SUV market is currently the hottest and fastest-growing car segment. With an explosion …