Mazda To Reinvent The Rotary Engine 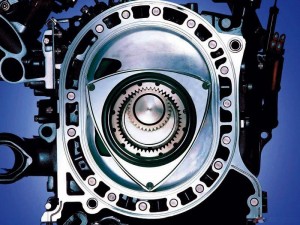 Mazda is the only car maker that uses Rotary engine in its production cars. The rotary powered Mazda RX-7 and RX-8 sports cars have been known to produce good power with huge tuning potential and after-market support. However, they are often criticised for bad fuel economy (even in performance cars standard) and high servicing cost. Reliability is also said to be an issue.

Strict emissions standards in certain markets have recently forced Mazda to withdraw the RX-8 in those markets although it will continue to be sold in Japan and Australia.

However, Rotary fans will be delighted to know that the Japanese car maker has announced that it is currently working on a new rotary engine that will overcome the shortcomings of its predecessors. The new engine will be far more fuel efficient, up to 50 percent improvement over the old engine. Dubbed the Sky Rotary, Mazda is confident that the new rotary engine will be as fuel efficient as the company’s upcoming four-cylinder 2.0 petrol Sky powerplant with direct injection.

Despite Mazda’s decision to reinvent the rotary, it is still not known whether a replacement model for the iconic RX-7 will surface in future. Watch this space…