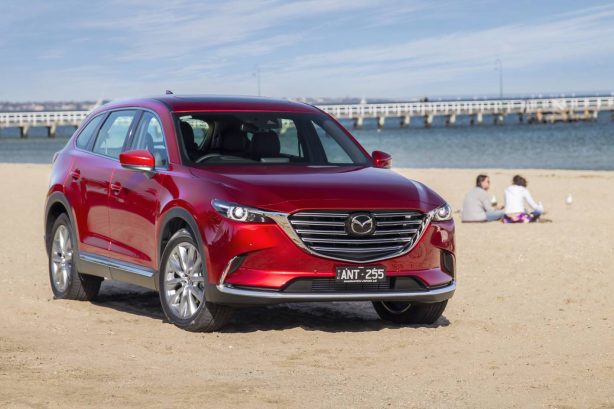 It’s already been a year since the new generation Mazda CX-9 has hit the roads and it continues to be a strong seller. Not willing to rest their laurels Mazda has taken note of criticism and further honed their seven seater SUV to meet buyers needs.

G-Vectoring Control now makes an appearance throughout the lineup which manipulates throttle inputs when cornering to assist with the weight transfer from the entry through to the exit of a corner.

A more refined and quieter driving experience can be had with further enhancements that reduce wind noise and insulate the cabin further from unwanted audio intrusions. 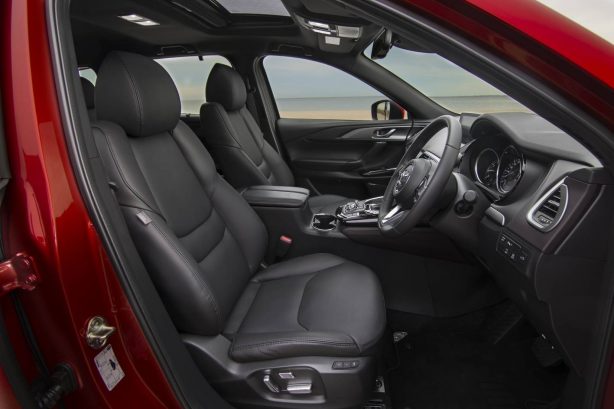 Safety has been specced up as well with Smart City Brake Support (Forward) now having Pedestrian detection and the overall speed range increased from 4-30km/h to 4-80km/h. Both the GT and Azami upper range models now come with Traffic Sign Recognition by default.

Efforts have been undertaken to improve rear seat access and usability. The second row of seats now lean further forward granting easier access to the rear and take less effort to both lean and shift forwards. The second row of outer seats now gain two ISOFIX mounting points while the rear two seats feature a second top tether point allowing child and booster seats to be fitted. For the GT and Azami models the outer seats in the second row are now also heated.

Up front drivers can enjoy additional comfort thanks to a new tilt function that adjusts the height of the cushion’s front edge and all power seat controls are available with a chrome-like finish. 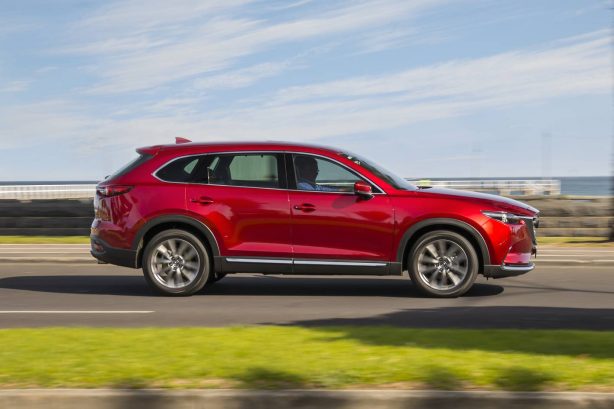 To wrap up the changes all models will come with folding mirrors and have the option of a new colour, Soul Red Crystal Metallic as seen on the recently launched CX-5 from earlier this year.

“Although it has barely been a year since the debut of the current CX-9, it is important to Mazda to drive the evolution of this vehicle as our flagship SUV, responding to customers who seek quality, design, driving pleasure, safety, value and passenger comfort,” said Mazda Australia marketing director Alastair Doak.

The Audi Q3 range has been expanded to include the new Q3 Sportback. Combining the …