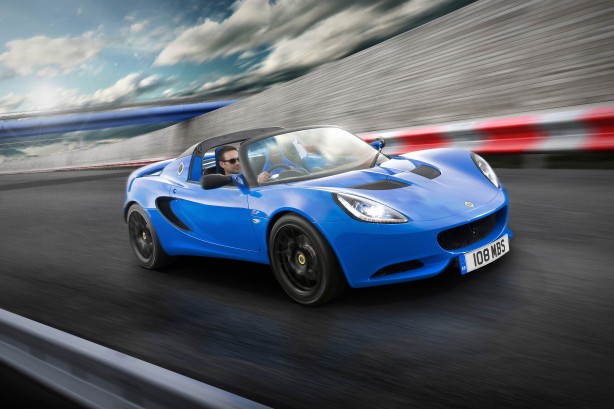 “The Lotus Elise Club Racer models are about the absolute purity of the driving experience, with every impediment that could hamper that experience removed,” says Glen Sealey, General Manager of Lotus Australia and New Zealand.

“With the new supercharged Lotus Elise S Club Racer, this unique experience now extends into performance bordering on that of a supercar, with a 0-100 km/h time of 4.6 seconds, but, unlike supercars, the ultra-compact size of the Elise, not to mention its very un-supercar price, make this performance very useable, both on the road and on the race track.” 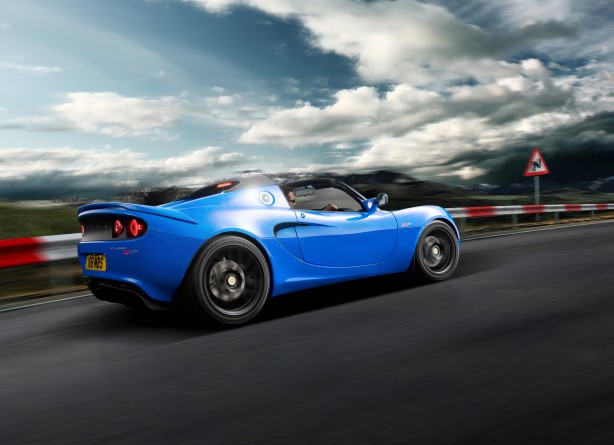 Based on the award-wining Lotus Elise S, the new Club Racer variant strips out weight – it drops by more than 20 kg – from an already light and compact car, adds sports suspension, adjustable front antiroll bar so owners can fine tune their driving experience and has Satin black alloy wheels with high performance Yokohama Neova tyres

Like the Elise Club Racer, the S Club racer variant comes complete with a Sport setting for the DPM (Dynamic Performance Management) allowing even the less experienced sports car drivers to feel at the top of their game, while the ability to switch it off completely will please the more established track orientated drivers.

The engineers behind the Elise Club Racer took a stripped-to-the-bare-bone approach made self-evident by the body-coloured seats but also matched by weight reductions to the drivetrain and the body. Attention to even the smallest of details has ensured that Lotus’ passion for performance through lightweight has been translated throughout the car. 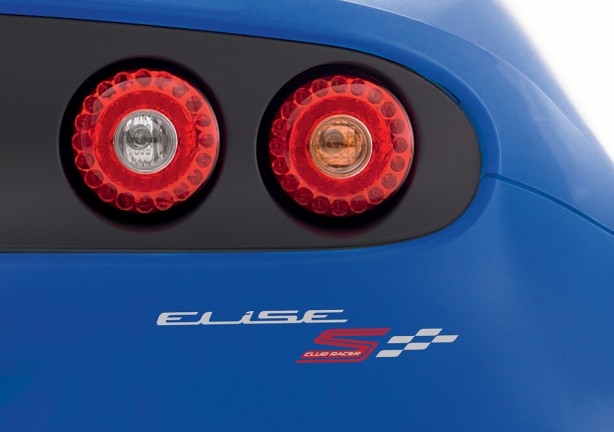 These changes have produced a car that is staggeringly fast in a straight line – it has 60% more power compared to the Elise Club Racer – with a zero to 100 km/h time of 4.6 seconds and a top speed of 234 km/h. Its light weight and race track developed chassis is said to endow it with a level of responsiveness, turn in and control that is rarely seen outside a motorsport facility. This is all delivered with a level of unencumbered purity of the best Lotus driving experiences.

“The traditional Lotus approach of reduction and purity is a design ethos that is now much copied and this means that for more than 16 years the Lotus Elise has been an icon in the sports car market, carving out a niche market with a dedicated following of fans looking for the purity of real performance driving,” says Glen Sealey.

“The new Elise S Club Racer will definitely give these people something extra to get their teeth stuck into. This car epitomizes everything that has contributed to the iconic status of the Elise – it’s fast, raw, responsive and a huge amount of fun to drive plus it looks great!” 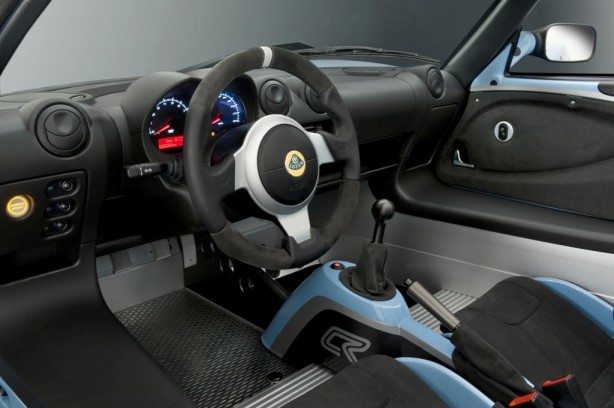 Lotus said quality throughout the vehicle has been a top priority, with highly regarded component suppliers such as Eibach for springs and Bilstein for dampers ensuring that the Elise Club Racer is a car of substance as well as style.

The Elise S Club Racer pleases the eye as well as the soul with a choice of six striking colours (Sky Blue, Saffron Yellow, Ardent Red, Aspen White, Matt Black and Carbon Grey) and bespoke design elements that emphasise the character of the car.

It’s pocket pleasing too, at $83,250 excluding statutory charges, dealer costs and delivery and, with a claimed combined fuel consumption of 7.5 litres per 100 km.