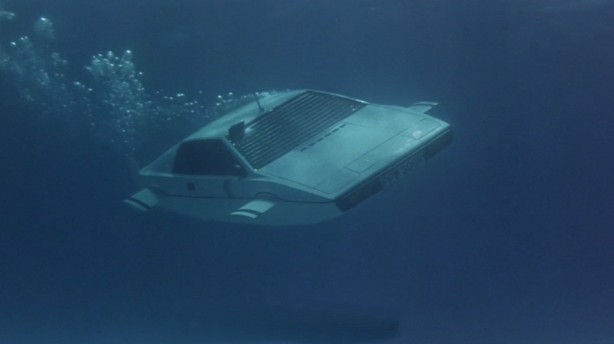 The Lotus Esprit submarine car driven by James Bond in the 1977 film ‘The Spy Who Loved Me’ has sold at auction in London for nearly a million Australian dollars to, in best James Bond tradition, an anonymous telephone bidder in London  on Monday (9 September 2013) after a ferocious bidding battle. 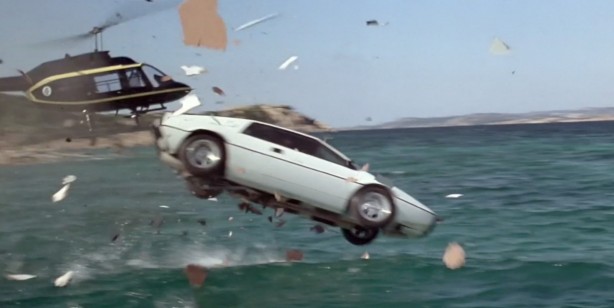 The unique Lotus, known as ‘Wet Nellie’ on the film set, was built for the scene where, after a mountain top chase with a helicopter, the Lotus, driven by Roger Moore and with Barbara Bach in the passenger seat, plunges into the sea and turns into a submarine. The sequence was filmed with the full size submarine Lotus which went to auction, quarter scale models and an interior mock-up. 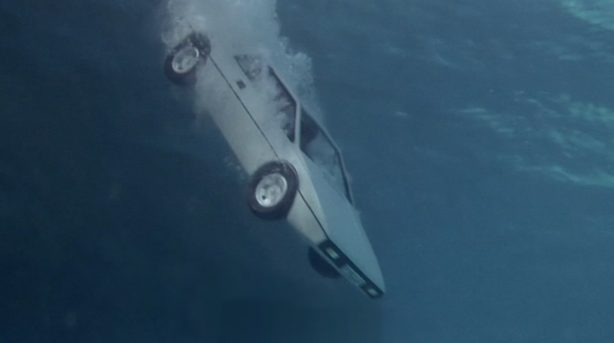 Discovered after years hidden in a storage unit, the Lotus Esprit submarine commanded a sale price of £550,000, or A$940,500, at an auction of classic cars.

“Bearing in mind it is not a car that can be driven on the road, the price just goes to prove the draw that all Bond-related memorabilia has,” said Peter Haynes of RM Auctions Europe. “We are very happy with the price, it is very strong money for what is an important piece of movie memorabilia.”