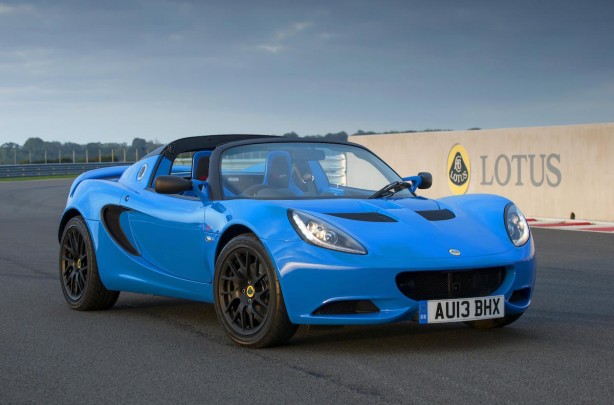 Lotus has made the ‘comfort equipment pack’ standard on the 2015 Lotus Elise S Club Racer enhancing the usability of the ultimate track day version of the supercharged Elise.

“Following the launch of the Lotus Elise S Club Racer last year, the majority of customers have opted for the comfort pack,” explains Glen Sealey, General Manager of Lotus Australia and New Zealand.

“The comfort pack makes the S Club Racer not just a more practical car for everyday use, it also means it is practical for owners to drive their Club Racer to some of the more remote race tracks where they are able to fully explore the abilities of their Lotus.”

The Lotus Elise S and the Club Racer variant share a level of performance both in a straight line and around corners that is able to humble many a supercar costing hundreds of thousands of dollars more than the Elise. They will demolish the sprint to 100 km/h in 4.6 seconds and share a chassis developed on the legendary Lotus test track at Hethel in the UK. 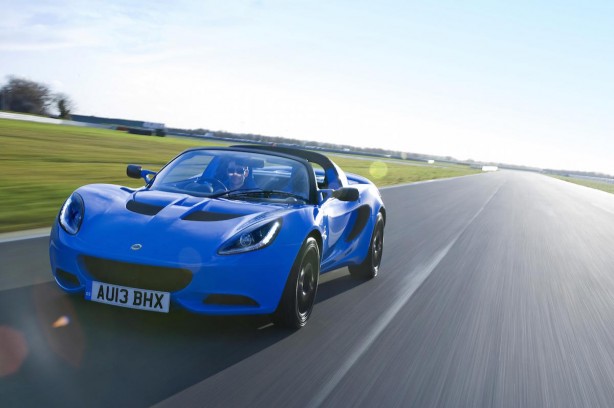 For Elise owners wishing to have the full track day car experience, the normally aspirated Lotus Elise Club Racer retains Comfort Pack as an option, which means it has the Club Racer suspension with adjustable front antiroll bar so owners can fine tune their driving experience.

Both Elise Club Racer variants come complete with a Sport setting for the DPM (Dynamic Performance Management) that can be completely switched off at the track. DPM combined with improved agility courtesy of Lotus finely tuned sport suspension and an adjustable anti-roll bar on the normally aspirated Elise Club Racer is said to make it equally versatile for both road and race track fun. 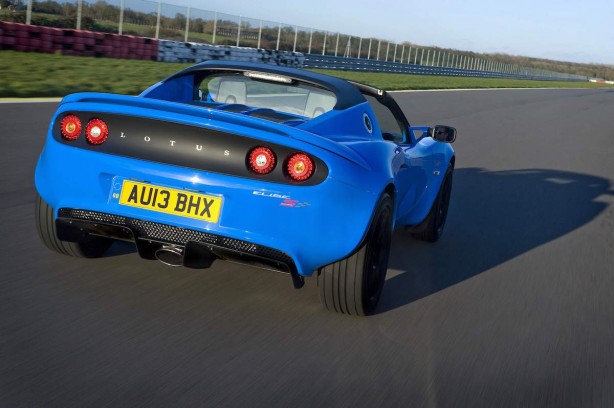 The engineers behind the Elise Club Racer took a stripped-to-the-bare-bone approach, made self-evident by the body-coloured seats but also matched by weight reductions to the drivetrain and the body.

The supercharged Lotus Elise S Club Racer is staggeringly fast in a straight line – it has 60% more power compared to the Elise Club Racer – with a zero to 100 km/h time of 4.6 seconds and a top speed of 234 km/h. Its light weight and the race track developed chassis is said to endow it with a level of responsiveness, turn in and control that is rarely seen outside a motorsport facility.

“The traditional Lotus approach of reduction in weight and purity in driving experience is a design ethos that is now much copied. This means that for more than 16 years the Lotus Elise has been an icon in the sports car market, carving out a niche market with a dedicated following of fans looking for the purity of real performance driving,” says Glen Sealey.

“The new Elise S Club Racer will definitely give these people something extra. This car epitomizes everything that has contributed to the iconic status of the Elise – it’s fast, raw, responsive and a huge amount of fun to drive plus it looks great!”

According to Lotus, quality throughout the vehicle has been a top priority, highly regarded component suppliers such as Eibach for springs and Bilstein for dampers ensure that the Elise Club Racer is a car of substance as well as style.

It’s pocket pleasing too, at $84,990 excluding on-road costs and, with a claimed combined fuel consumption of 7.5 litres per 100 km.