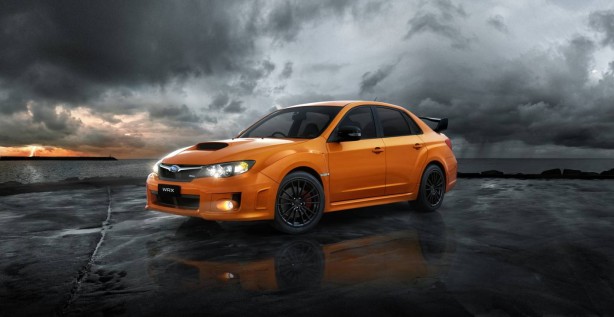 Subaru Australia has launched a limited edition WRX called the Club Spec WRX. Just 300 of the dazzling tangerine or black Club Spec WRXs will be imported.

On the inside, it features leather trim and a numbered Club Spec badge.

The limited edition is available exclusively as a sedan with manual transmission only.

While the black Club Specs WRX comes with red stitching on the seats, back rests and steering wheel.

For those not satisfied with the standard customisation, an STI kit consisting of front lip under spoiler, short shift gear lever assembly and flexible tower bar can also be had for A$1,000 (the normal manufacturer’s list price for the kit is A$2,100).

Nick Senior, Managing Director, Subaru Australia, said: “WRX continues to have tremendous appeal in its widebody form and combined with the retained value traditionally achieved by these limited editions, there’s likely to be a lot of interest in these cars, which can be differentiated even further from standard WRX with the addition of the STI kit.”

The Club Spec WRX is priced at A$41,490, excluding on-roads and will be available in August.

Right from the start, the Subaru Forester has been known for its practicality, durability and …