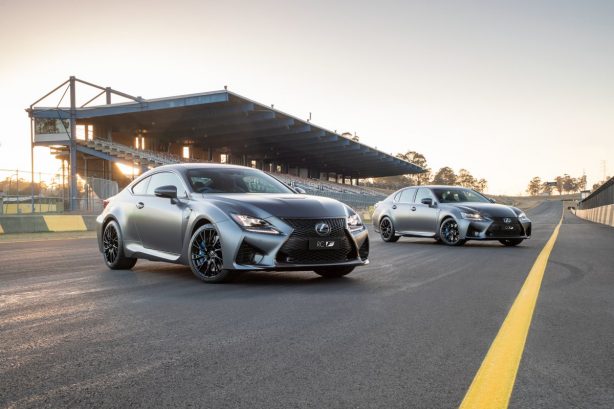 Lexus has launched limited-edition models of its RC F coupe and GS F sedan to mark the 10th anniversary of the luxury brand’s F Line of high performance vehicles.

The powerful lines and sculpted surfaces of the limited-edition models are accentuated by a matte paint finish that is also applied to the door handles, mirror housings, side skirts and shark fin antenna.

Exclusive to the anniversary models, the new paint treatment provides a striking contrast with the polished black finish of the 19-inch alloy wheels.

Visible through the 20 spokes are large “competition blue” brake callipers that bear the evocative F logo. The same blue shade surrounds the discreet F badge on the front wings. 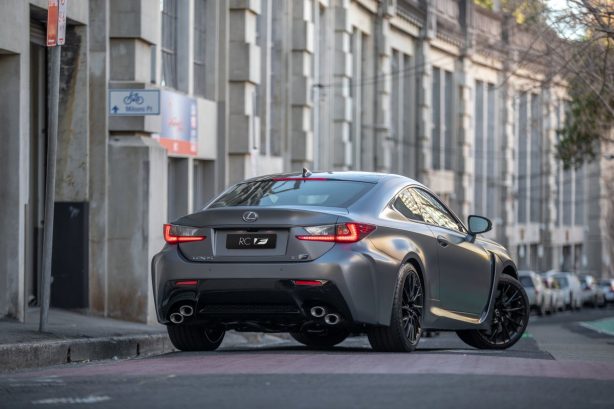 Inside, the application of blue colouring is even bolder. Highly supportive front sports seats are finished in vivid blue semi-aniline leather with white accents and the F symbol embossed in the integrated head restraints.

The surrounds for the window controls on the door armrests incorporate carbon-fibre weave finish in blue, black and silver.

The rear seats are wrapped in black leather and a black headlining, embossed with the F symbol, adds to the focused, sporting ambience.

Each model is fitted with a discreet metal plaque recording the car’s Limited status. 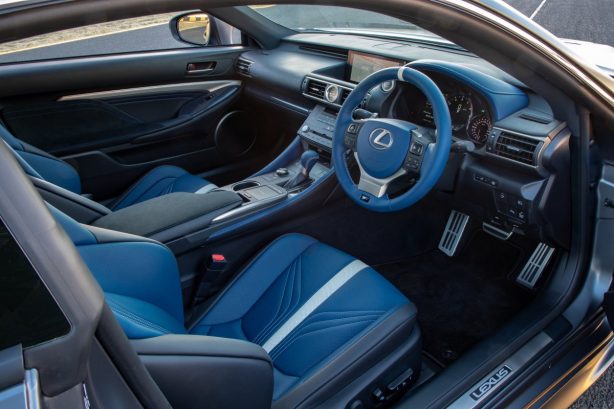 The 10th anniversary RC F is based on the RC F Carbon Pack, equipping the car with a carbon fibre roof and active rear wing. It is priced from $151,929 plus on-road costs.

The GS F limited-edition sedan, which features carbon-fibre lower grille surround and rear lip spoiler, is priced from $155,940 plus ORCs.

Other standard features shared by these cars include a torque vectoring differential for superior handling through corners. Every F model incorporates Lexus Safety System+, which incorporates rear cross-traffic alert and blind-spot monitor among its suite of technologies.

The Lexus F division was launched in 2008 with the IS F V8 sedan, followed in 2011 by the pinnacle of the Lexus brand’s F performance-car history, the LFA supercar.