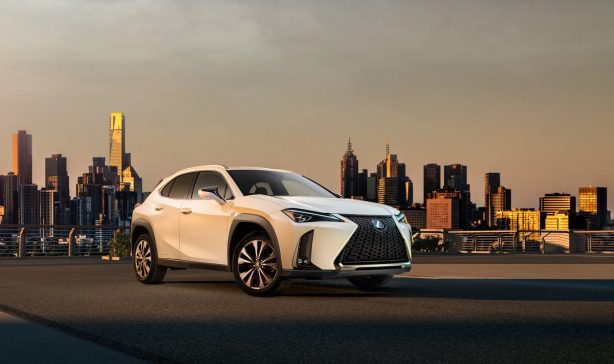 The eagerly anticipated Lexus UX urban compact crossover has broken cover with the release of a first official image and video clip, ahead of its world debut at the 2018 Geneva Motor Show on March 6.

These first visuals reveal the UX’s bold and stylish design inherited from the concept version. Like the rest of Lexus’ offerings, the UX’s front fascia is dominated by the brand’s trademark spindle grille, with the rest of the bodywork sculpted by muscular wings and haunches and high beltline.

The UX is underpinned by an all-new platform which is claimed to endow the crossover with exceptional body rigidity and a low centre of gravity for the agile handling of a sporty hatchback.

Lexus says the scene inside the cabin combines a driver focused cockpit with a wide and inviting passenger space and a commanding view of the road.

The UX slots below the NX, RX and LX in Lexus’ fast expanding SUV line-up and rivals the likes of BMW X1, Audi Q2 and Mercedes-Benz GLA.

Full details including technical specification will be announced at the UX’s Geneva launch next week.