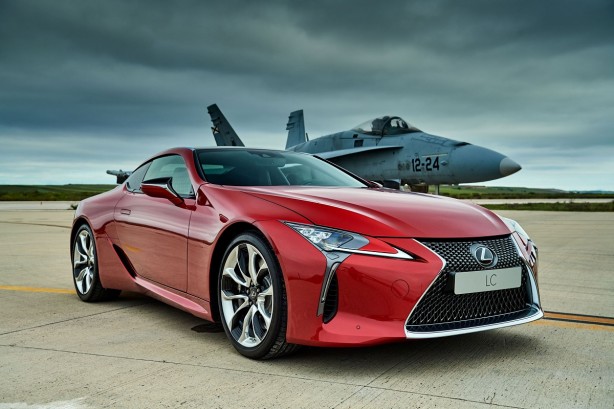 The Lexus LC six-month European tour has started and the first stop of the 25-city tour was at Madrid. Apart from making an appearance at the Madrid Auto Show, the Lexus LC also participated in a friendly race against an F18 fighter jet at the Torrejon Air Base outside of the Spanish capital.

After Madrid, the Lexus LC will have a stopover in Amsterdam, where, during a “CreatingAmazing” event on May 18, special guests will be surprised by some unexpected attractions and activities.

In Germany at the end of May, the car will participate in the prologue to the acclaimed 24 hours race at Nürburgring after which it will star in a photography contest in front of renowned landmarks across the country.

As from mid-June the LC will be present at many exciting events across the United Kingdom starting with the well-known Goodwood Festival of Speed where it will conduct several hill climbs throughout the event. 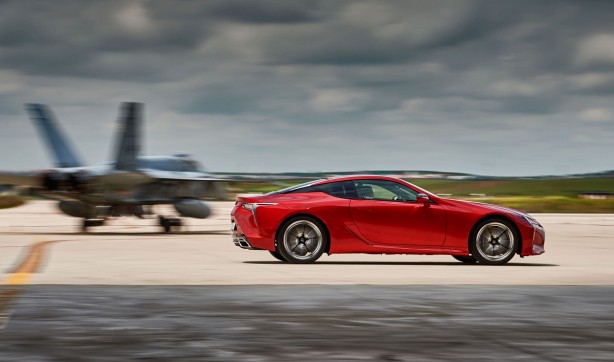 Lexus’ new LC flagship coupe was first revealed in January at the North American International Auto Show in Detroit. Inspired by the stunning LF-LC concept, it represents a shift in Lexus engineering processes and design direction.

The LC 500 features the same 5.0-litre V8 engine currently powering the RC F and GS F, but drives the rear wheels through a newly developed 10-speed automatic transmission – the first in the premium segment.