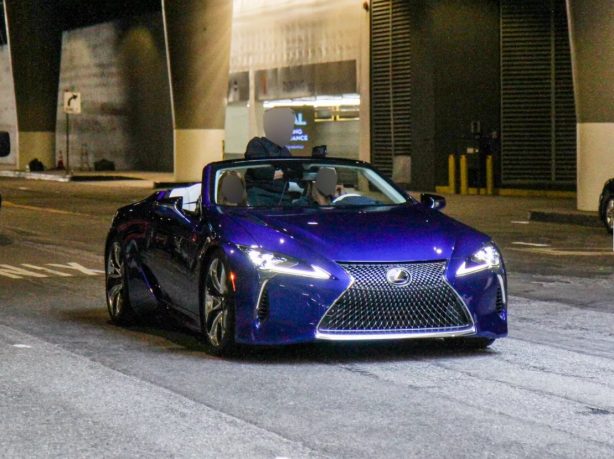 The stunning drop top Lexus LC was seen cruising the city streets with the company of camera vehicles and escorts, suggesting that it could be in the middle of a commercial shoot. 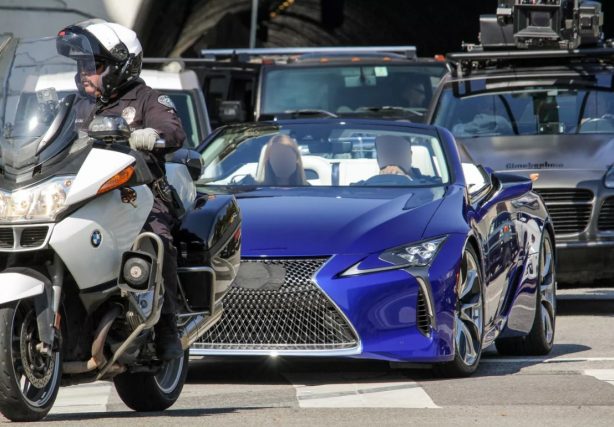 It’s the first time a production LC Convertible was seen in public totally undisguised. Earlier in July this year, a camouflaged prototype of the new LC convertible made its dynamic world debut on the hill course at the world-famous Goodwood Festival of Speed. It was at the event that the LC Convertible was confirmed for production.

From the spy images, the LC Convertible could be seen sporting the same gorgeous white trimmed interior as the concept that premiered at the North American International Auto Show in January, though the wheels were the standard 21-inch items as found in the LC Coupe, as opposed to the concept’s 22-inch rollers. 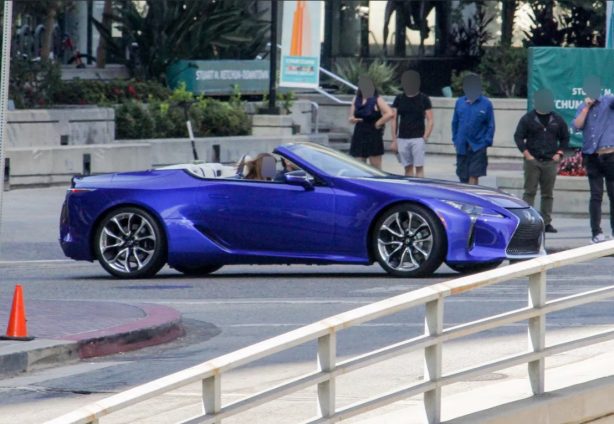 While not shown in pictures, it’s safe to assume that the convertible will come with a soft-top fabric retractable roof. It’s also fair to expect that the convertible will be slightly heavier than the coupe, which already weighs in at a hefty 1.9 tonnes and up, although we can forgive it for the weight penalty when it looks this strikingly elegant.

Curiously, the convertible does retain the 2+2 seating layout of the coupe, although from looking at the pictures and drawing on past experience with the hard-top, you certainly wouldn’t want to be resigned to the back.

Although Lexus hasn’t offered any details on powertrain options, we would expect it to offer the same two drivetrains available in the current coupe, meaning either a glorious 351kW 5.0-litre naturally aspirated V8 backed by a ten-speed automatic, or a 264kW petrol-electric hybrid with a 3.5-litre V6 and a multi-stage transmission system using both a four-speed auto and a CVT. The V8 would have to be our pick, however, as the convertible would only provide more access to the wonderful noise coming out of the tailpipes.

Detailed specifications and timings for the Lexus LC convertible’s market introduction will be announced later.