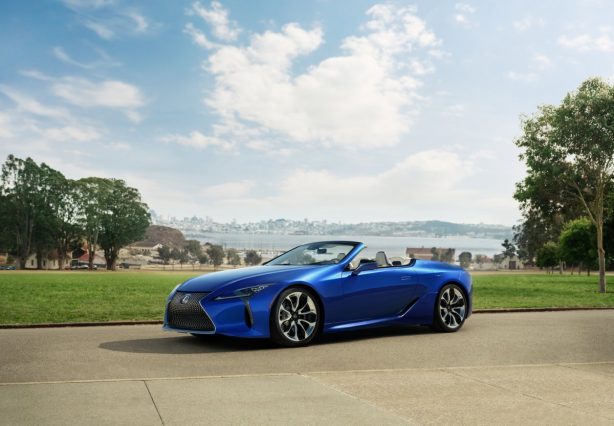 Following a string on teasers and spy photos, the production convertible version of the Lexus LC 500 flagship coupe has made its much-anticipated global debut at the 2019 Los Angeles auto show today.

Unveiled in stunning Morphic Blue – to be produced as a 300-unit limited-edition from launch – the LC 500 convertible stays true to its concept and artfully harnesses the coupe’s sleek contours and incredible proportions while further leveraging the much lauded LC design.

The compact roof design allows the boot lid of the convertible to be lifted and widened to further emphasise the low and broad stance, while retaining the coupe’s flowing roofline and aerodynamic shape. 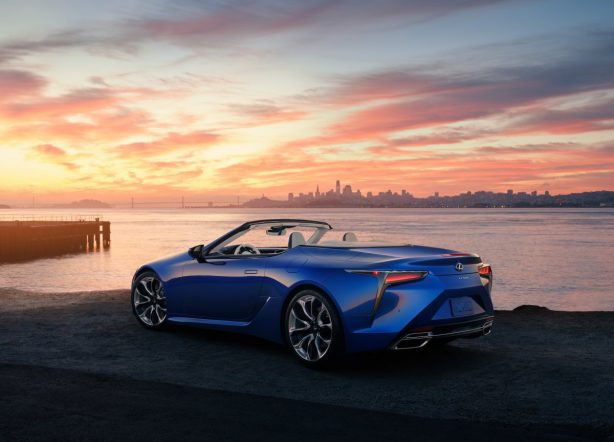 According to Lexus, the LC 500 convertible body is just 10mm longer and 5mm taller than the coupe, with a retained four-seat capacity and near-identical luggage space.

The Japanese luxury marque has also carefully selected the roof fabric to ensure optimal tension and no wrinkling, without the supporting frame visible through the fabric.

The roof design is claimed to deliver excellent thermal properties and refinement, with it capable of effortless retraction in just 15 seconds while travelling at up to 50km/h.

The automatic folding mechanism stores the roof under an integrated tonneau cover when lowered, melding elegantly with the LC’s beltline that kicks up at the end of the doors to provide a tight and clean wrap-around appearance. 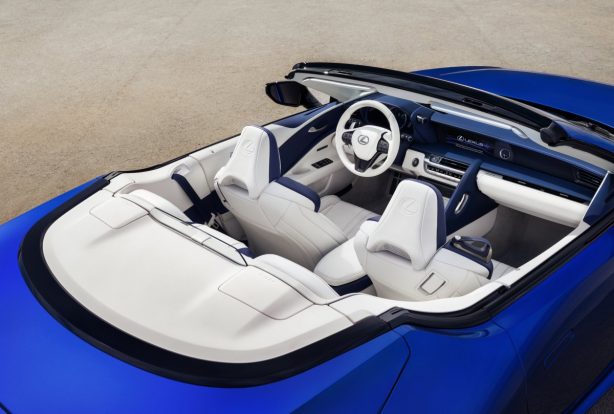 Carried over from the LC Coupe, the beautifully crafted interior is enhanced by exclusive door handles and ‘L’ embossed headrests with neck heaters inside the LC 500 convertible, while a transparent polycarbonate wind deflector ensures wind flow inside the car is suppressed.

Making the LC 500 convertible’s V8 even more enjoyable, a sound generator transmits engine intake sound through the dash panel, while an exhaust valve further enhances the sound of the 351kW and 540Nm V8 engine. 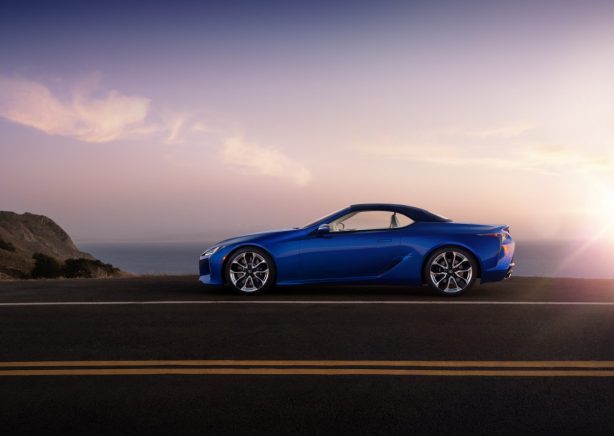 It’s claimed that a newly designed body structure achieves a rigidity level equal to that of the coupe. For maximum strength and reduced weight, the front bow structure of the roof frame is produced in magnesium alloy.

A strategically placed and shaped rear suspension tower brace is composed of lightweight die-cast aluminium to mimimise added weight, and a performance damper is adopted for optimum ride comfort. An additional rocker-panel brace and braces located under the body achieve both high rigidity and light weight.

The LC 500 Convertible will arrive in Australia during the second half of 2020, with full pricing and specification announced closer to local launch.