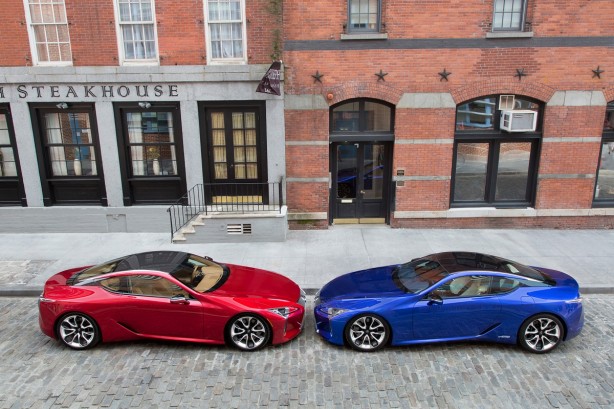 The Lexus LC 500 coupe and its hybrid-powered counterpart, the LC 500h, will appear together for the first time at the 2016 New York Auto Show from March 25 to April 3 in Manhattan.

The new LC luxury coupe was first revealed in January at the North American International Auto Show in Detroit, while the LC 500h was revealed at the Geneva Motor Show in February. The LC 500h’s appearance in New York also marks the North American debut of the hybrid model.

The LC flagship coupe, which was inspired by the stunning LF-LC concept, represents a shift in Lexus engineering processes and design direction. The highly acclaimed styling is characterised by an aerodynamic shape, dramatic curves and a wide, imposing stance. This is matched with an elegant, cockpit-focused interior incorporating a driver hip point engineered to be as close to the vehicle’s centre of gravity as possible. 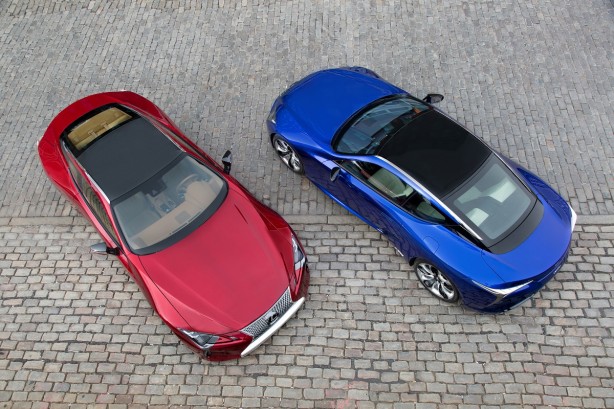 The LC 500 features the same 5.0-litre V8 engine currently powering the RC F and GS F, but drives the rear wheels through a newly developed 10-speed automatic transmission – the first in the premium segment.

Elsewhere, the LC 500h packs a 3.5-litre V6 petrol-electric hybrid powertrain, offering high levels of efficiency via the world’s first Multi Stage Hybrid System, the next generation of hybrid powertrains which Lexus is specifically designed for performance vehicles. The system aligns engine speed with throttle inputs while also delivering a balance of power and fuel economy.

The LC 500 and LC 500h will go on sale in Australia next year, with exact timing yet to be announced. 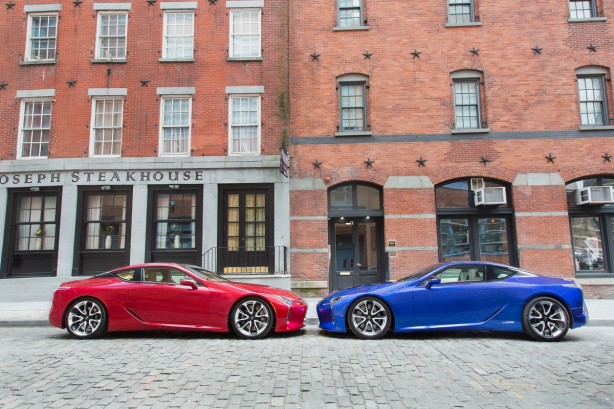 The new GS F high performance sedan, which launched in Australia last month, will also appear on the Lexus stand in New York, as well as a 2016 RX SUV that has been specially wrapped in a unique colour print from celebrated designer Jeremy Scott, who recently announced his partnership with Lexus for New York Fashion Week.

Lexus will also debut the GS F and RC F “360 Virtual Reality Experience”, enabling attendees on the stand to experience the Lexus’ high performance F vehicles as if they were driving on a professional circuit.