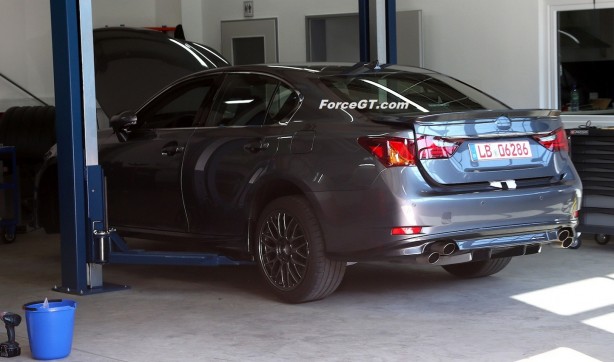 The Lexus GS F was parked inside a garage and photographers managed to get a few quick snaps of the sports sedan when the garage door opened briefly before Lexus engineers jumped in front of the cameras to prevent further photos taken. 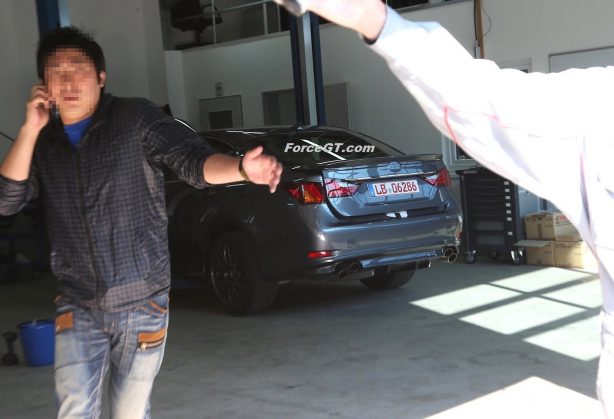 Numerous sources have predicted that the Lexus GS F will feature a tuned version of the 5.0-litre V8 engine found in the current Lexus IS F. However, due to increasingly stringent EU emission regulations, a high-powered twin-turbocharged V6 could also be likely.