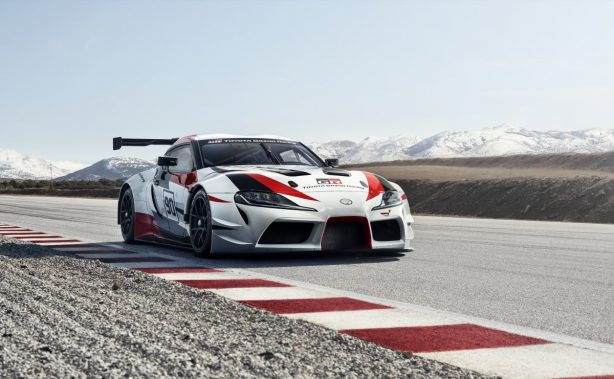 Toyota has revived the name and spirit of its most celebrated sports car, confirming that it plans to produce a new generation of the legendary Supra.

The carmaker made its long-awaited commitment to reviving the famous Supra nameplate when it staged the world premiere of the dramatically styled Toyota GR Supra Racing Concept at the Geneva international motor show.

Toyota said the compact two-door concept, with its front-engine, rear-wheel-drive configuration, demonstrates the potential for a fun-to-drive car that can deliver high performance both on road and track.

The GR Supra Racing Concept provides a huge visual clue to the fact that it heralds Supra’s return: the large “90” race number on its doors is the codename for the fifth-generation Supra, following the A40, A60, A70 and A80 series produced between 1978 and 2002. 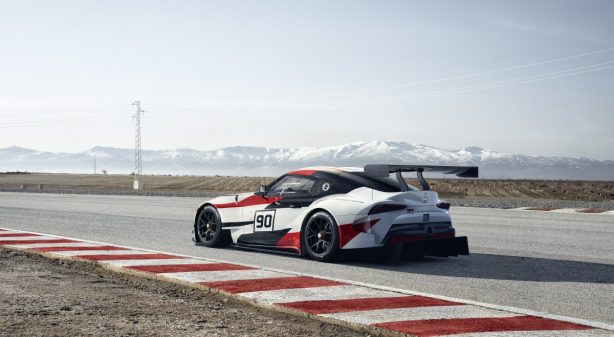 “Supra is one of the most beloved Toyota cars of all time and its nameplate continues to command enormous respect,” Mr Hanley said.

“There has been huge public interest in a modern revival of the Supra legend – and this concept points to a sports car deserving of the famous name,” he said.

“Revealing a racing concept ahead of a production model highlights that motorsport is Toyota’s proving ground of choice for high-performance vehicles.

“The GR Supra Racing Concept makes it clear Toyota is developing the Supra to be a true driver’s car.”

The racing concept’s dramatic bodywork makes extensive use of strong but lightweight composite materials for elements such as the wide front and rear bumpers, front splitter and rear diffuser, side skirts, door mirror housings and the large rear wing.

The bonnet is crafted from the same materials and features louvred air inlets. The windscreen and side windows are made of plastic. 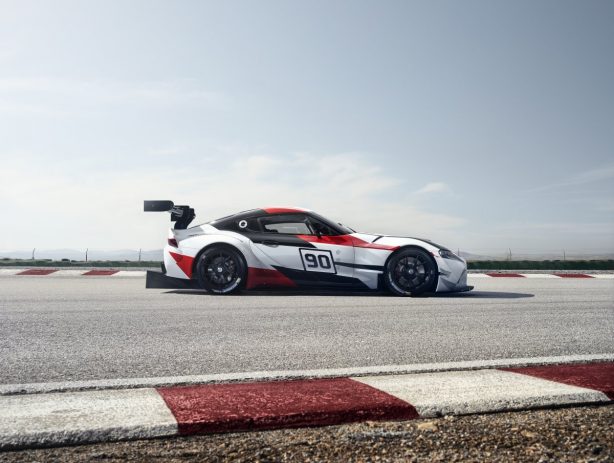 The cabin is entirely competition-focused and is fitted with a racing dashboard and OMP driver’s seat and safety harness. OMP has also supplied the quick-release steering wheel, mounted on a racing column and equipped with a paddle-shift system.

The doors are lined with carbon fibre panels and the dashboard includes a racing display.

Competition safety requirements are met by a full roll cage and fire extinguishers, and the fuel and brake lines, pedal box, battery and wiring looms are all designed to competition standard.

The GR in the name of the concept comes from Toyota GAZOO Racing, the international umbrella organisation for Toyota’s global sporting program and producer of performance-focused GR-branded cars.

The debut of the GR Supra Racing Concept is similar to Toyota’s reveal of the C-HR Racing at the 2016 Geneva show, almost a year ahead of the arrival of the production version of the compact SUV. 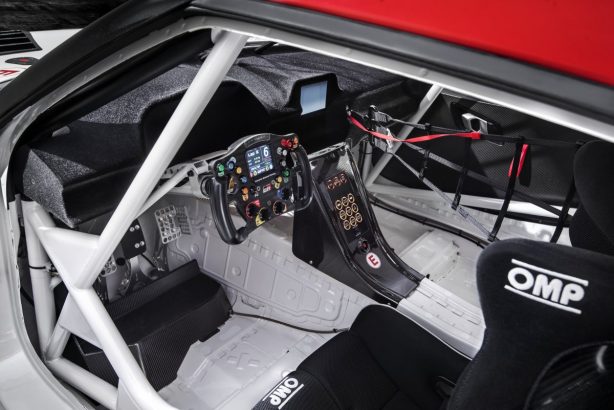 The Supra name evokes power, performance and handling that defined a succession of world-class cars for a quarter of a century.

As a thoroughbred sports car, the Toyota Supra built a reputation both as a formidable performer on the road and as an all-conquering machine on the racetrack, dominating Japan’s top-level GT racing series and earning legions of fans.

The Toyota Supra still enjoys an iconic status among sports-car aficionados, 16 years from the end of production.

Its enduring popularity has been helped by its success as a popular model in the Gran Turismo®* driving simulator video game series, and as a starring car in the first film in The Fast and the Furious global action movie series.

The Supra badge first appeared in 1978 on a larger and more powerful version of the second generation Celica before becoming established as a successful model in its own right.

The front engine, rear-wheel-drive GT sports car remained in production until 2002, and in its final generation it was Toyota’s most powerful production model.

In Australia, Supra was introduced in 1983 and cumulative sales reached a total of 2,895 cars over the next decade.

The Supra’s reputation was greatly enhanced by its success in motorsport. Most notably, the fourth-generation Supra, introduced in 1993, became the dominant force in the All-Japan GT racing (today’s Super GT series), winning the GT500 class four times.

The Toyota Supra also competed in American IMSA sports car racing in the 1980s and twice appeared at Le Mans in the 1990s.

The GR Supra Racing Concept will be featured in an update of the Gran Turismo Sport video game, developed by Polyphony Digital Inc., and scheduled for release in April 2018.