Land Rover has previewed the next-generation Discovery in the Land Rover Discovery Vision Concept. And from 2015 onwards, the Discovery nameplate will spawn a range of vehicles that Land Rover said are modern, versatile, practical and desirable, all with the Land Rover’s DNA at its core.

The concept will also preview advanced technologies that will potential find their way into production models in the future.

While a full-size SUV, the Discovery Vision Concept looks more compact and dynamic and sports Land Rover’s new fascia – wrap-around headlights and taillights and short front and rear overhangs. The headlights utilises advanced laser technology that is capable of generating incredibly bright and far-reaching beams of light. The slender foglamps on either side of the prominent under shield are capable of emitting both infrared and coloured lasers, which assist in the Laser Terrain Scanning and Laser Referencing functions where reference points are projected onto roads, walls or terrain. 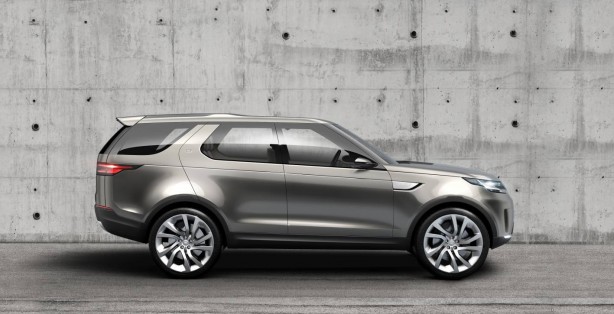 The Discovery Vision Concept’s clean profile are achieved through doors that are operated by gesture control, with no need for handles. The slim, aerodynamic wing mirrors have embedded cameras, which augment the view of the driver through the windows. Just below the doors, sill steps on either side automatically deploy to facilitate occupants’ entry and exit, complete with LED illumination to the ground below.

Typical Discovery design elements include body coloured C-pillar, the stepped roof flowing into the alpine lights and the asymmetrical graphic element on the rear number plate.

The Discovery Vision Concept also introduces a split tailgate to incorporate a social seat system in the vehicle’s loadspace area. Like the doors, the single-piece tailgate is gesture-controlled and electrically powered. 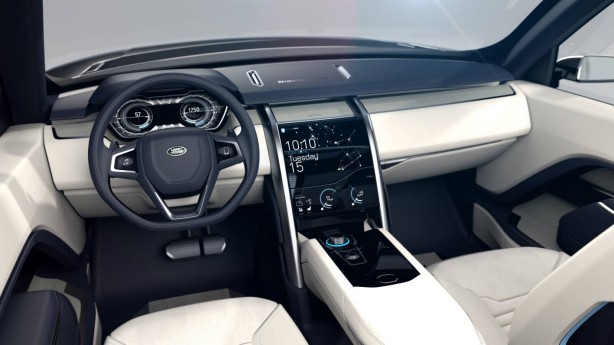 The steering wheel incorporates two small OLED touchscreens to operate the infotainment system, with turn signals and headlamps functions operated by gesture control. The instrument cluster itself features a high-definition screen with a 3-million-pixel resolution for a vivid and sharp imagery.

The centre console is equipped with two high-resolution touchscreens, with a storage binnacle complete with an induction pad for mobile charging behind the lower touchscreen which flips up. 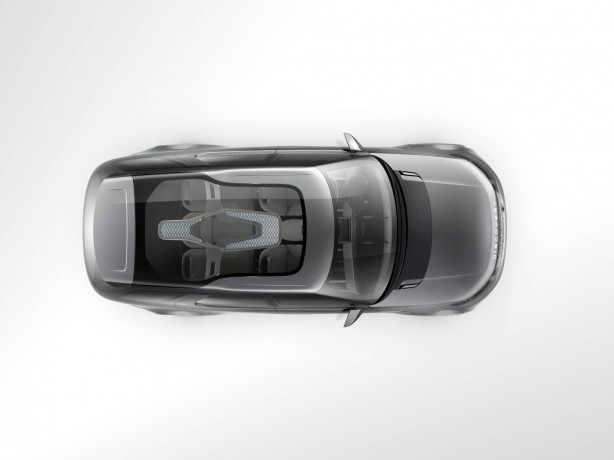 Further down along the console, a rotary gearshift control deploys and rises to a driver’s approaching hand. A secondary rotary dial controls functions such as Terrain Response and Tow Assist. This secondary dial can be detached and taken out of the vehicle to operate Remote Control Drive where the driver can manoeuvre the car at very low speed while outside the vehicle.

The Discovery Vision Concept also previews a truly futuristic technology that will radically transform the user experience for drivers and passengers alike: smart glass. This state-of-the-art glass is capable of displaying imagery, like a computer screen – but is otherwise entirely transparent, like regular glass. Smart glass is used in the entire glasshouse of the Discovery Vision Concept – in all the windows, the panoramic roof and, allied to Head-Up Display (HUD) technology, in the windscreen.