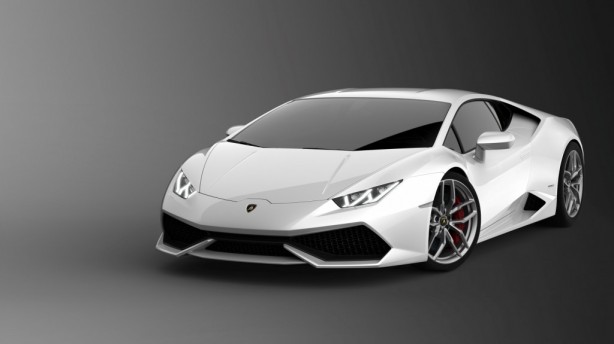 Behold the new Lamborghini Huracan – the Gallardo’s successor! After yesterday’s leak and speculations on its name, the Raging Bull has been revealed in full ahead of its Geneva Motor Show debut later this month. And yes, it is indeed called the Huracan – a fighting bull of the Spanish Conte de la Patilla known for ‘its outstanding courage and strong sense of attack’.

The new baby supercar sports Lamborghini’s trademark sharp edges and dramatic styling, with hints of Aventador abound. While its styling alone is almost enough to set fans’ heart racing, it’s the Huracan’s 5.2-litre direct injection V10 that will give it the edge against eternal rival, Ferrari. 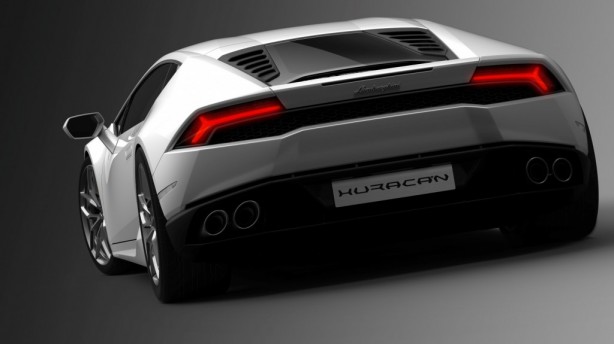 For the first time in a Lamborghini, the Huracan will feature a dual-clutch transmission, or in Lamborghini-speak – Lamborghini Doppia Frizione. The seven-speed gearbox helps contribute to the Huracan’s reduced emission.

Weighing in at 1,422kg (dry), the car will rocket to triple digits from a standstill a mere 3.2 seconds, with 201km/h arriving in just 9.9 seconds. Lamborghini claims the car will hit a top speed of 325km/h and promises ‘consistently superb braking’ from the standard carbon ceramic discs. 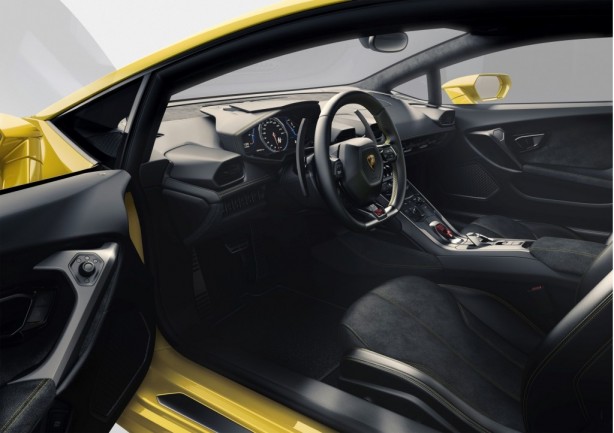 Inside, the family resemblance with the Aventador continues, with its dramatically edgy dashboard, starter button under a red cover and gargantuan paddle shifters. Driver’s information is now displayed on a 12.3-inch TFT screen behind the steering wheel, while the wheel itself houses the ‘driving dynamics selector’. It allows the driver to choose from Strada, Sport and Corsa modes, each tweaking the throttle response, noise, all-wheel drive and ESC. Further chassis customization is available via the optional magnetic dampers and variable ratio steering.

Lamborghini will be hold preview events for ‘qualified prospects’ from January 2014, with the first cars to be delivered in April.