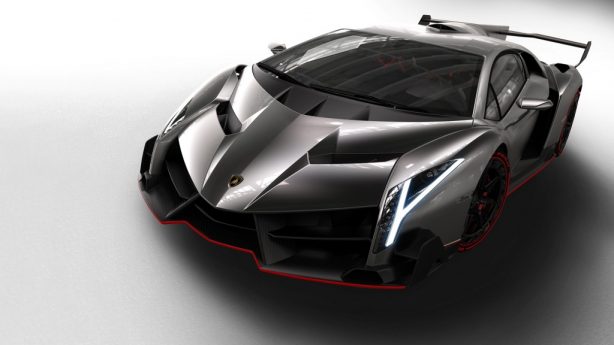 Lamborghini has revealed a few details about the highly anticipated Lamborghini Centenario LP770-4 ahead of the car’s debut at the Geneva Motor Show.

Based on the Aventador (Veneno shown above) and created to commemorate the 100th anniversary of Ferrucci Lamborghini’s birthday, the limited edition model gets bespoke styling and an assortment of lightweight components.

No further details were released but Lamborghini Research & Development Director, Maurizio Reggiani told Auto Motor und Sport “The Centenario is our definition of a hyper car.”

As with all Lamborghini’s, the clue to the Centenario’s power output is hidden in its name, with the Aventador’s uprated 6.5-litre V12 engine punching out 770 bhp (566kW). Power is transferred to all four wheels via a seven-speed ISR transmission that enables the car to gallop from 0-100km/h in 2.7 seconds, enroute to a top speed in excess of 350km/h.

Lamborghini will only be building 40 units of the hyper car, with half designated to be coupes, while the other half being convertibles.

Although the Centenario LP770-4 is expected to cost an eye-watering €2.2 million (A$3.53M), all cars have already been accounted for.