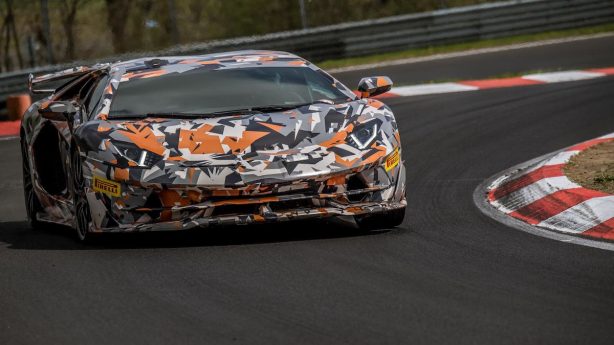 The 2019 Lamborghini Aventador SV Jota has toppled the lap record for a production car around the Nürburgring Nordschleife with a time of just 6:44.97.

Piloted around the Green Hell by Marco Mapelli, one of Lamborghini’s factory drivers, the camouflaged SVJ beat out the previous record set 11 months ago by the Porsche 911 GT2 RS by 2.27 seconds. 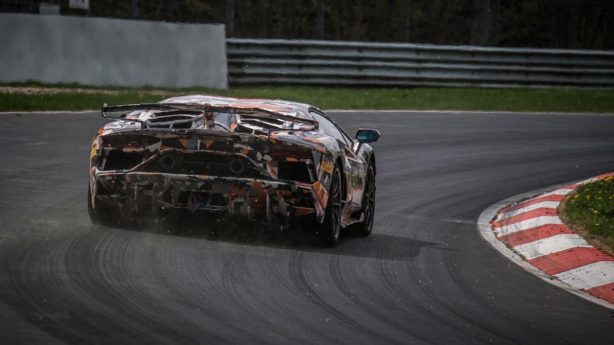 To help the SVJ set such a brisk time on the 22.81km course, extensive changes have been made to the Aventador’s all-wheel drive system, rear-wheel steering setup, and stability control programs, while also being made noticeably stiffer than other models.

The SVJ will also roll on specially-designed Pirelli P Zero Corsa rubber, although the ‘Ring record was set on P Zero Trofeo R tyres which will be optionally available. 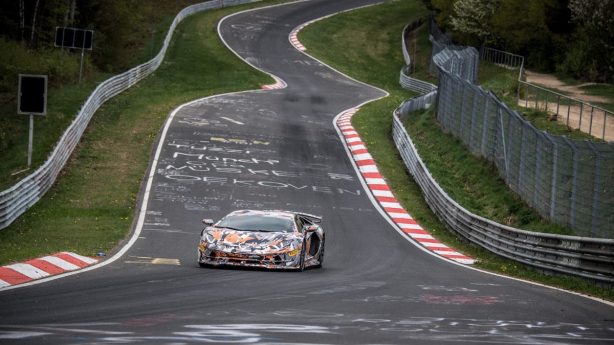 A revised aero package – with different front and rear splitters, and a huge new rear wing – no doubt also helped to play a role in setting such a time, while the car’s weight-to-power ratio of 1.98kg/hp also goes some length to explaining it.

While the Aventador SVJ is not yet available to the public, and nor is its design to be seen by the eyes of us mere mortals just yet, you’ll be able to see the already decorated car in all its glory when it launches at the Monterey Car Week in late August.

Lamborghini is reportedly considering a more hardcore version of its Urus SUV, which could be …