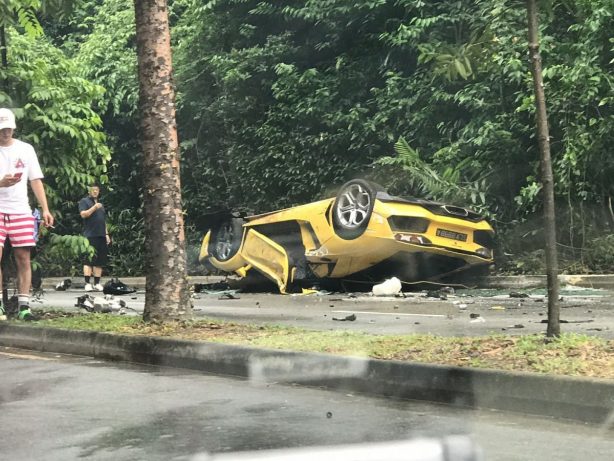 A Lamborghini Aventador has been totaled in Singapore in what appears to be a high-speed crash with two other vehicles.

According to reports from Yahoo Singapore, three people were involved in the crash and all were hospitalized for minor injuries despite the severity of the crash. 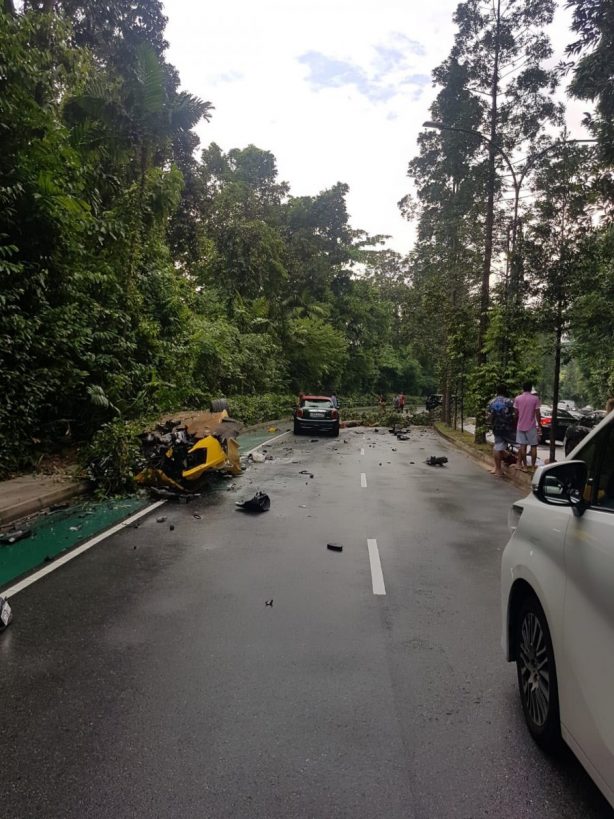 It isn’t clear what caused the smash but from the images, it appears the Toyota Tarago has been side swept, while the Aventador crashed into a tree and ended up with all four wheels pointing to the sky. A mini was also involved but we can’t tell the extend of its damage. 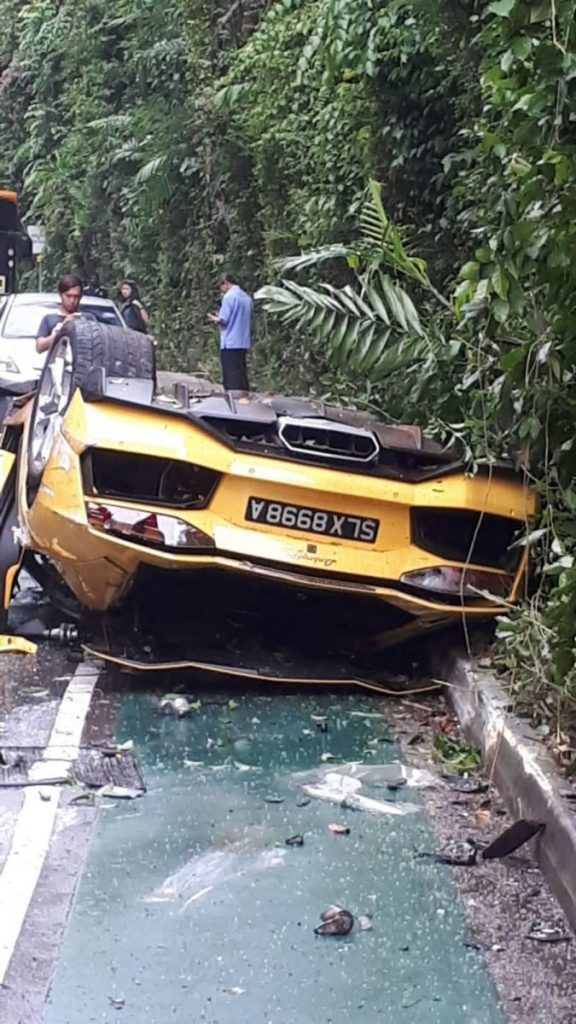 From what we can see from the images, the Aventador’s entire front fascia was destroyed, along with much of the car’s front chassis.