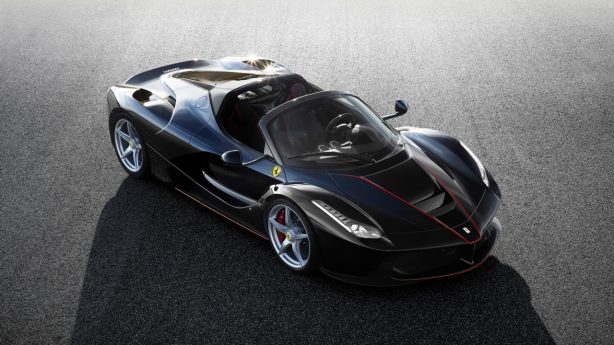 The first official images of the highly anticipated, limited edition LaFerrari ‘Spider’ have hit the web.

While not drastically different from the coupe, with only the panel directly above the seats between the header rail and rear roll hoop chopped off, the open-top LaFerrari is nevertheless striking. 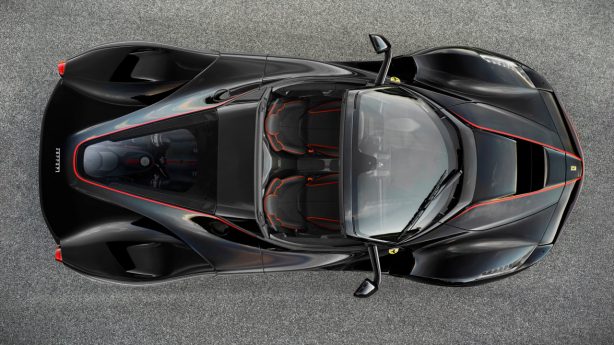 According to Ferrari, the hypercar’s carbon fibre tub chassis has undergone substantial modification in order to maintain rigidity. The car’s aerodynamics has also been tweaked to try and retain as much drag coefficient as possible with the roof off.

Like the LaFerrari coupe, the open-top is powered by a high revving 6.3-litre naturally aspirated V12 engine matched with electric motors that churns out 588kW of power and 900Nm of torque. 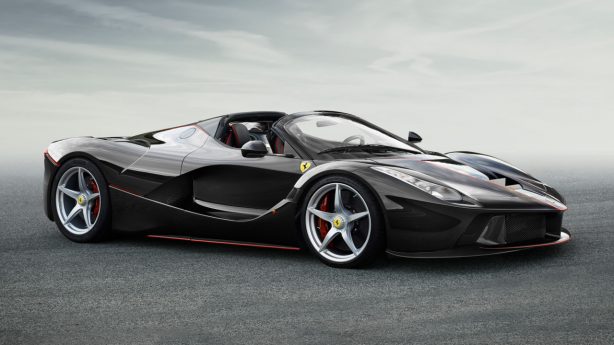 Ferrari says performance is unchanged, that means 0-100km/h in a blistering 3.0 seconds, with top speed rated at 350km/h.

The open-top LaFerrari is schedule for a public debut at the Paris Motor Show in October, where its name and full specifications will be announced.

Unfortunately, if you are thinking of putting money down for one, all examples have been spoken for.