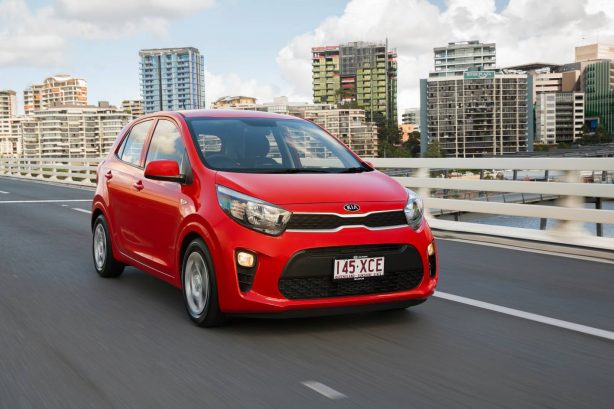 Now in its third-generation, the new Picanto brings a new, more assertive design and improved cabin to the A-segment.

“The current Picanto was a toe in the water for us in a segment which was, to be honest, struggling,” Kia Motors Australia Chief Operating Officer Damien Meredith explained. “We believed there was life in the segment for the right car and the fact that what was an ageing model is now the most popular in the segment proved that to be true.

“The new model has improvements across a huge range of specifications and while we are not expecting massive growth in the segment, we believe there is still life and there is still a sound reason to be a part of it.”

Mr Meredith said that Australian buyers have “told us that they love the design of the outgoing Picanto, they love its low running costs, its compact dimensions for city driving, the high level of equipment available for the money and industry-leading 7-year warranty package.

“The new model retains these strengths, with the addition of an exceptional level of dynamism and performance, as well as the latest technologies for in-car connectivity.” 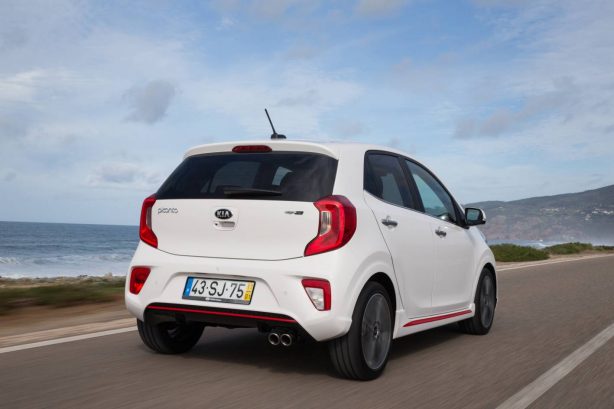 For the Australian market the new Picanto will be available in a single highly specified model with a substantial upgrade in equipment including the addition of Apple i-Play, Android Auto, cruise control, dusk sensing headlamps, driver’s safety window and dynamic parking guidelines.

Inside the new Picanto, Kia designers have improved the cabin with new materials and layout. The dashboard is now more centrally aligned, with a 7.0-inch ‘floating’ touchscreen sitting at the heart of the centre console. 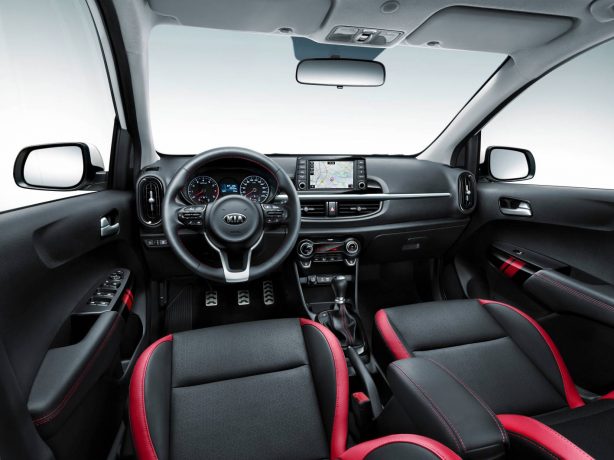 Offering maximum practicality, the new model is no larger than the model it replaces, at 1485mm in height, 3595mm long and 1595mm wide. The new platform boasts a longer wheelbase and longer rear overhang, however, freeing up more space in the cabin and boot (the front overhang is reduced by 25mm, to 675mm).

The boot grows from 200 litres to 255 litres, which Kia claims is the largest in class. The 60:40 split-folding rear seats can be folded down completely flat with a one-touch lever, expanding cargo capacity to 1010 litres.

The new Picanto promises better ride and handling thanks to improved suspension, as well as better noise suppression as a result of new soundproofing panel beneath the dashboard and in the floor of the cabin. It’s also the first car in its class to offer buyers torque vectoring by braking – an additional function of the Electronic Stability Control system.

Safety is supported by six standard airbags (front, front side and curtain airbags), as well as a range of active safety features. These include standard Vehicle Stability Management (VSM) with Electronic Stability Control (ESC). 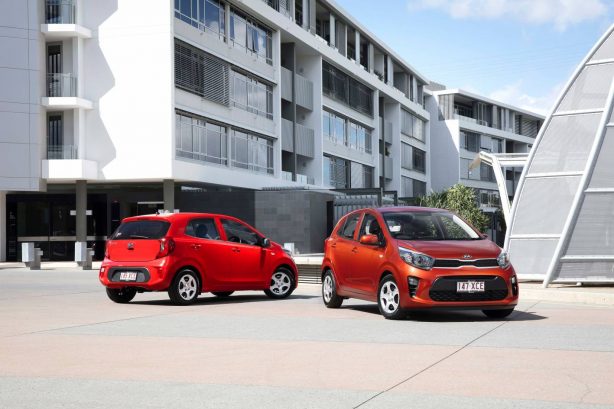 Previous Renault Clio updated for 2017 with new packaging and sharper pricing
Next SPIED: Tesla Model 3 caught without camo for the first time