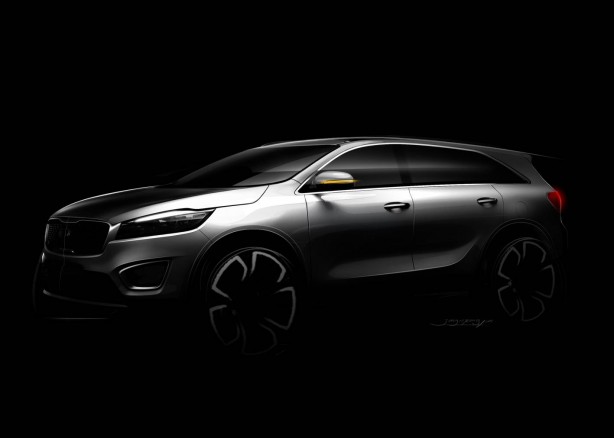 Kia has released teaser images of the all-new third generation Kia Sorento, which will be unveiled in South Korea next month.

In line with the rest of Kia’s current offerings, the new Sorento will be another stylish addition to the range, featuring bold, swept-back exterior styling. 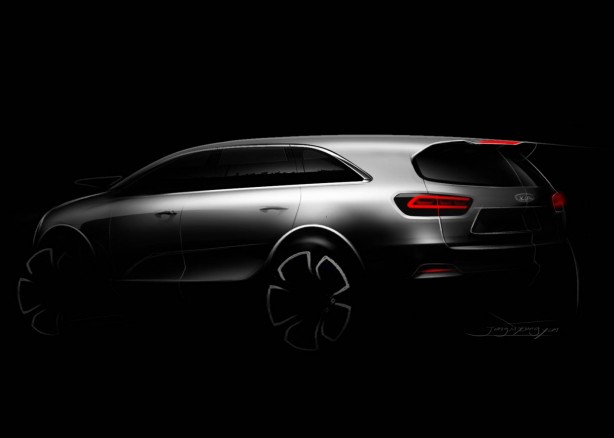 Styled at Kia’s design studios in South Korea, Germany and the USA, the new Kia Sorento will be showcased at the end of August, and is due to make its world motor show premiere on Thursday 2 October at the 2014 Paris Motor Show.

Just earlier this month, the Kia Sorento prototype was spotted by our friendly spy photographers undergoing final testing in the German Alps.

Like the outgoing Sorento, which was launched in 2009, the new model will share the same platform as the Hyundai Santa Fe. Both front-wheel-drive and all-wheel-drive variant will be offered, powered by petrol or diesel engines.