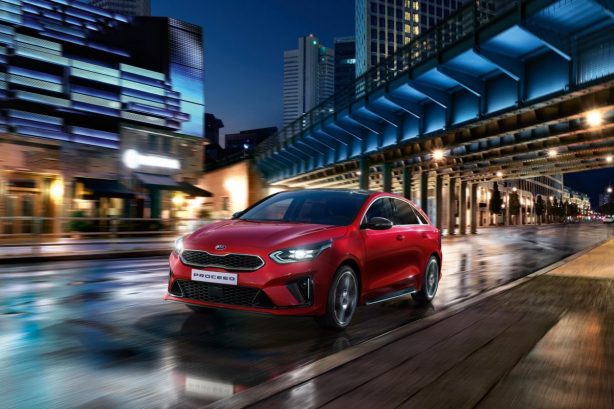 The new ProCeed has been officially unveiled as the Kia’s first ever five-door shooting brake tourer.

Unwrapped at the Paris Motor Show this week, the stylish wagon will go on sale exclusive in European markets in early 2019, with rollout to the rest of the world still under consideration.

Carrying the name over from the second-generation Kia pro_cee’d coupé, the new ProCeed has been designed, developed and engineered in Europe. A product of Kia’s European design, product development and R&D teams in Frankfurt, Germany, the ProCeed will be manufactured at the brand’s Žilina production facility in Slovakia. It will be built alongside the Kia Ceed and Ceed Sportswagon, first introduced earlier this year. 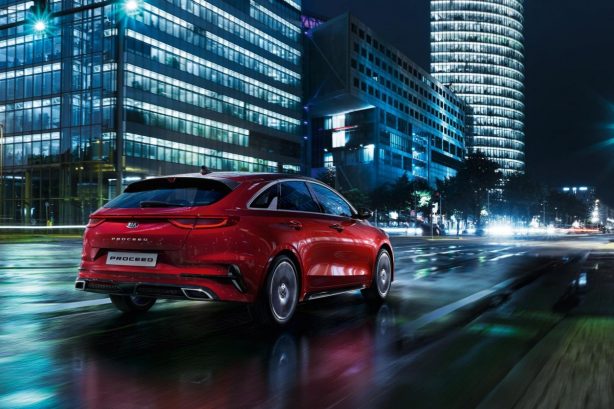 Slightly toned down from the concept shown last year with a more restrained design, less aggressive overhangs and smaller wheel arches, the ProCeed will be available exclusively as a GT Line or high-performance GT model.

As the sportiest iteration of the new Ceed model family, the ProCeed is powered by a range of turbocharged engines. At launch, the petrol powertrain line-up includes a 1.0-litre three-cylinder unit developing 88kW and 172Nm, a 1.4-litre four-cylinder rated at 103kW and 242Nm, and the top-spec 1.6-litre four-cylinder mill that makes 150kW and 265Nm.

The sole diesel offering comes in the form of a 1.6-litre four-cylinder turbo diesel producing 100kW and 320Nm (280Nm when paired with a manual gearbox).

The ProCeed will debut Kia’s first ever 7-speed dual clutch automatic transmission, available across all powertrains.
Production of the ProCeed shooting brake begins in November, and sales commence exclusively across Europe in the first quarter of 2019.