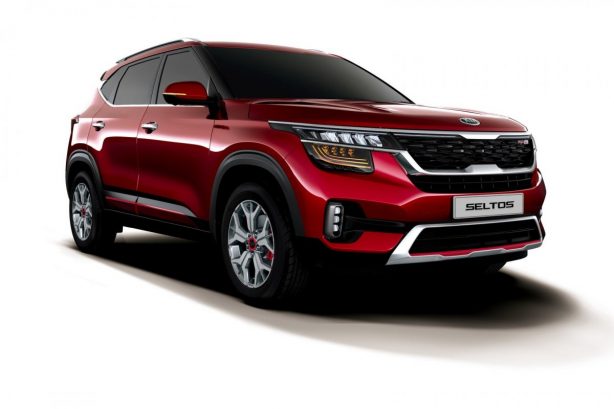 Kia has unveiled its latest SUV entrant, the Seltos which bowed in at a special event in New Delhi, India before going on sale globally in the 2nd half of the year.

The Korean brand’s latest baby SUV will call the likes of Mazda CX-3, Toyota C-HR, Honda HR-V and platform mate, the Hyundai Kona as rivals, and is tasked to attract a younger demographic with its youthful styling.

On the aesthetic front, the range-topping Seltos GT-Line shown features the latest interpretation of Kia’s ‘tiger nose’ which now merges almost seamlessly with the LED headlights that sit above 3D multi-layer indicators. Its front bumper houses a pair of vertical stacked foglights. 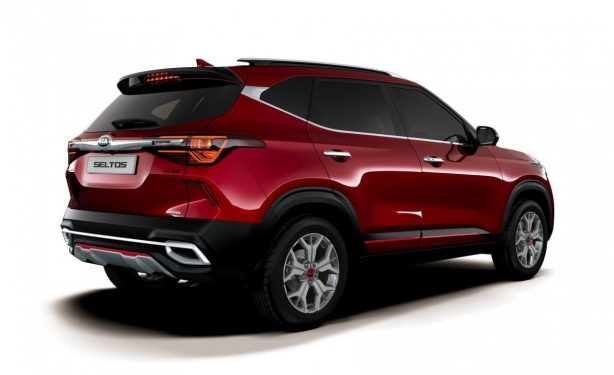 Around the back, the LED taillights come with a similar multi-layer design and are connected via a chrome trim that serves to give the small SUV a wider stance. Meanwhile, its rear bumper features a pair of fake exhaust and an integrated chrome skid plate. Depending on the trim level, the Seltos comes with a selection of 16-, 17- or 18-inch alloy wheels.

While no pictures of the cabin have been published as yet, we know the small SUV will come with a 10.25-inch touchscreen and an optional 8.0-inch head-up display, while an eight-speaker Bose sound system will also be optional.

Depending on the market, power will come from either a 1.6-litre turbo rated at 130kW (177PS/175hp) or a 2.0-litre naturally aspirated four-cylinder delivering 110kW (149PS/147hp). There’s also a 1.6-litre turbo-diesel generating 100kW (136PS/134hp). There will be three automatic transmissions on offer depending on region: a six-speed auto, a more sophisticated seven-speed twin-clutch auto, and a continuously variable transmission (CVT). 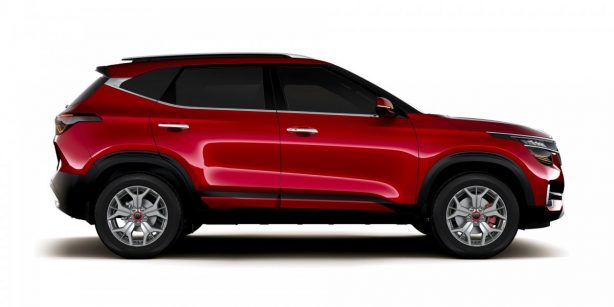 On the safety front, the Seltos will be equipped with Vehicle Stability Management, which incorporates traction control and electronic stability control, hill-start assist and front and rear parking sensors, amongst others.

Kia made no mention of all-wheel drive but does say the Seltos comes with a Drive Mode Select system with Normal, Eco and Sport modes. Its cabin also has something called Sound Mood Lighting system with six themes and eight customisable colours. It emits soft light from the unique 3D-patterned surface door panels that pulses to the beat of the music.

The Seltos will be built in Gwangju, South Korea and in Anantapur District, Andhra Pradesh, India.