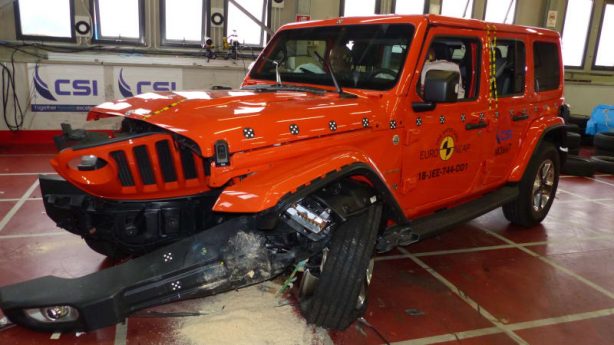 The 2019 Jeep Wrangler has been handed a one-star safety rating in the latest round of independent Euro NCAP crash tests, giving it a big set-back ahead of its local launch in the coming year.

Already on sale in its home market of the United States and now in Europe, the JL Wrangler put up a poor showing in the crash barrier tests, highlighting its weak chest protection for the driver and poor protection for rear occupants.

The hardcore off-roader also came under fire for failing to offer much of the latest active safety tech – something that has already been seen a point of contention locally with cars such early versions of the entry-level Kia Stinger S receiving lower safety ratings due to lacking active safety tech despite their structural integrity.

Explaining its devastatingly low rating, the Wrangler scored just 50 per cent in the Adult Occupant test, and 32 per cent for Safety Assist technologies. The full crash test report can be viewed on the Euro NCAP website, while you can watch the crash test footage below.

“It is truly disappointing to see a brand-new car being put on sale in 2018 with no autonomous braking system and no lane assistance,” said van Ratingen. “It is high time we saw a product from the Fiat Chrysler group offering safety to rival its competitors.

Jeep’s US press office was quick to fire back, however, commenting that the Wrangler “meets or exceeds federal safety requirements in every market in which it is sold,” and that “the Jeep Wrangler is engineered to deliver superior performance under the most demanding conditions. Testing protocols that apply exclusively to urban scenarios may not align with such a vehicle.”

A spokesperson for Jeep Australia also commented on the Euro-spec Wrangler’s result, going to great detail in explaining the safety technologies Australian-delivered models will receive when they make their way Down under in the first quarter of 2019.

“The Jeep Wrangler arrives in Australia with a long list of standard and available safety equipment, including front and side airbags, blind-spot monitoring, rear cross-path detection, parking sensors, a rear-view camera and autonomous emergency braking, all of which is paired with the use of high-strength steel in its construction designed to protect the cabin in the case of an accident,” Jeep’s spokesperson explained.

It is currently unclear whether any structural changes will be made to the Wrangler ahead of its Aussie launch, or if additional safety tech will warrant a local re-test, with ANCAP noting that these tests may not be entirely indicative of how Australian models may perform.

Handing FCA a further blow to compliment the Wrangler’s poor showing, the updated Fiat Panda – which was withdrawn from sale locally in 2015 – was also re-tested for the first time since 2011 and had its four-star rating from seven years ago reduced to the lowest possible zero-star rating.

This makes the Panda only the second car in NCAP history to not receive a single star. The other, embarrassingly, was another Fiat – the long-enduring Punto which was axed in Europe as a result of its poor score earlier in the year.

The Wrangler isn’t the only 4×4 to be handed a disappointing crash test result either, with the hotly-anticipated Suzuki Jimny only scoring three stars when it was tested by Euro NCAP a few months ago. 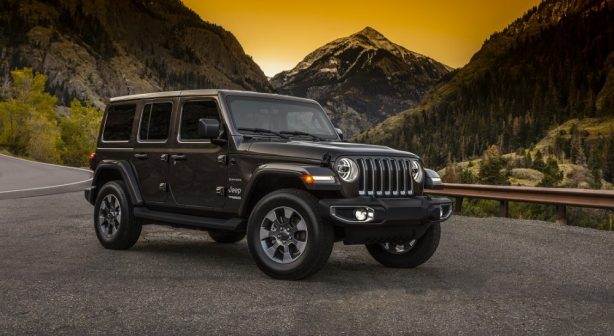