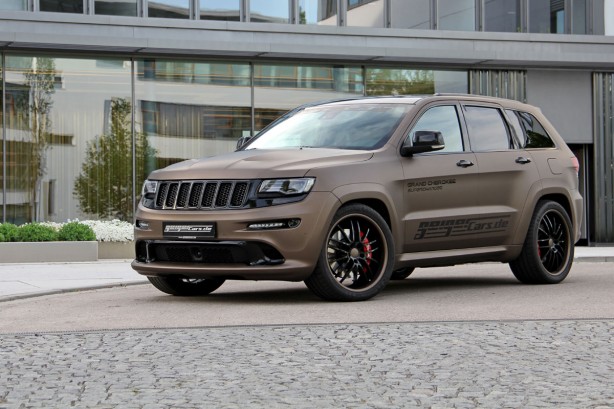 Mercedes-AMG GLE 63 S, BMW X5 M and Porsche Cayenne Turbo S, take note. The 400kW SUV club is about the get a newcomer. American manufacturer Jeep is preparing to drop the most powerful engine from the Chrysler group (which own Jeep) into its Grand Cherokee large SUV.

Yes, that’s right. The HEMI Hellcat supercharged 6.2-litre V8 is going into the Grand Cherokee and it will pack enough firepower to blow its European rivals off the road. That figure, to be exact, is an insane 527kW and 880Nm, surpassing all its German rivals as well as the Range Rover Sport SVR.

The Hellcat blown V8 is already used in the Dodge Charger SRT Hellcat, the world’s fastest four-door sedan. It is capable munching the quarter mile in just 11 seconds before hitting a top speed of 328.3km/h (204mph). That’s not all, the Hellcat will do 0-100-0 mph (0-161-0 kmh) in under 13 seconds. And you can imagine the kind of madness the V8 will bring to the Jeep Grand Cherokee.

The news was made at this week’s Detroit motor show by Jeep CEO Mike Manley, who when asked if Jeep could fit the supercharged V8 into the Grand Cherokee, fought back that not only could it be done, but it has been approved for production.

Set to be the fastest Grand Cherokee ever, the Hellcat-powered variant will sit atop the 6.4-litre V8 Grand Cherokee SRT, the current range flagship.

Fiat Chrysler Automobiles (FCA), the distributor of Jeep vehicles in Australia, have not officially confirmed if the more powerful Grand Cherokee will make it Down Under, but says “the company would welcome it with open arms”. Let’s hope they would. 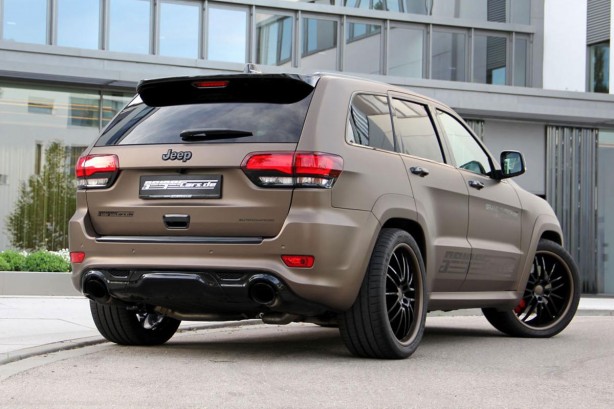