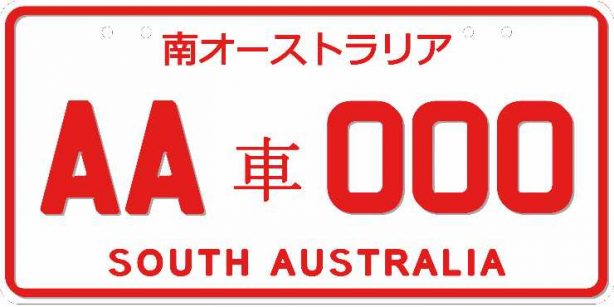 Japanese car enthusiasts in South Australia will soon be able to order Japanese-style number plate for their vehicles.

The Department of Planning, Transportation and Infrastructure has released two concept designs, both with Japanese characters and will be shorter and higher than standard plates, to fit some Japanese cars, especially JDM imports.

The plates will be available in black, blue, green, red or magenta.

Two types of Japanese Plates have been proposed:

The State Government has invited the public to provide feedback on the potential new Japanese Plate designs on their Facebook page.

What do you think? Would you be getting one for your JDM car?