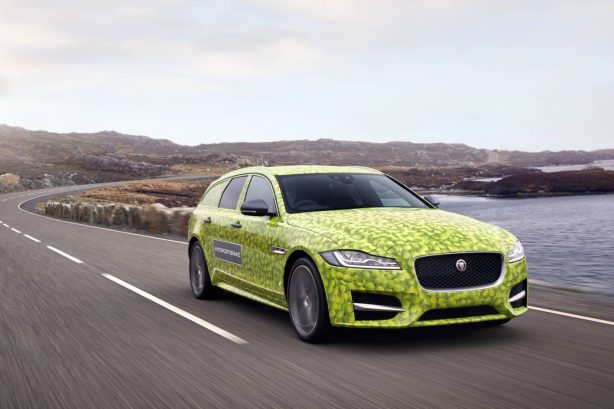 When Susan MacCormick, from Edinburgh, tweeted Andy Murray suggesting the remote Bunabhainneadar Tennis Court on the Scottish island of North Harris feature on the ATP World Tour, she didn’t expect to get a reply. But the tennis ace and Jaguar brand ambassador couldn’t believe his eyes and responded by asking: ‘Is that even real?’

With Andy just weeks away from beginning the defence of his Wimbledon title, Jaguar arranged for Tim Henman to collect Susan in a specially camouflaged XF Sportbrake prototype and travel to the stunning location to prove its existence. 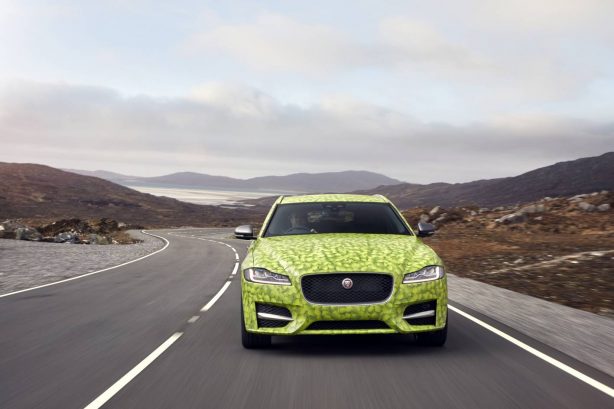 “The Bunabhainneadar Tennis Court looks unreal, so I can see why Andy doubted Susan’s original message”, said Henman. “We’ve proven that it really does exist now and the road to the court was the perfect place to try out the new XF Sportbrake as it mixes amazing scenery with some challenging corners. I can’t wait to drive the car again – perhaps a bit closer to home.”

Tim even had time for a quick match with up-and-coming junior tennis player Logan Urquhart, 13, from Nairn, who was being put through his paces by coach Mike Martin at the idyllic Bunabhainneadar Tennis Court. The trio are now lifelong members of the Outer Hebrides Tennis Club and free to use the remote facilities whenever they like, while Susan will get to meet the world tennis number one later this summer at the world premiere of the new XF Sportbrake. 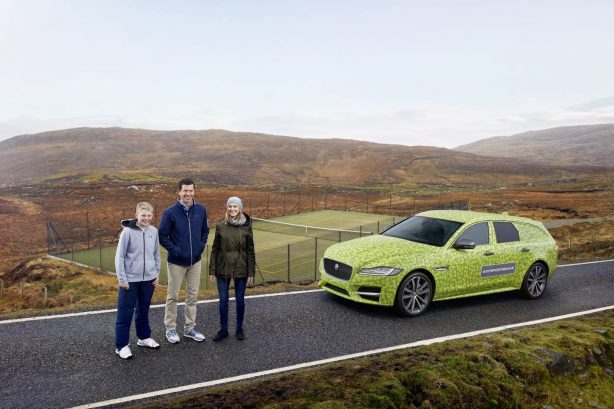 The new Jaguar XF Sportbrake is claimed to be the most dynamic premium estate car in the world when it debuts on 14 June, combining traditional Jaguar design and agility with a spacious and practical interior.

The XF Sportbrake will join the XF sports saloon in the Jaguar line-up and its dynamic silhouette has already been sketched on the grass of centre court at the All England Lawn Tennis Club. Jaguar is official car partner for The Championships at Wimbledon 2017, which runs from Monday 3 July to Sunday 16 July.