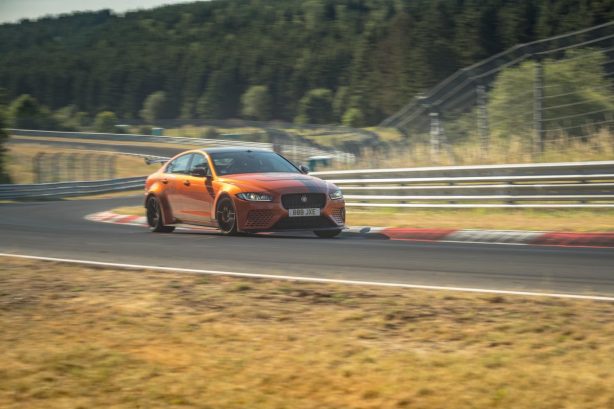 The 441kW Jaguar XE SV Project 8 super saloon has beaten its own Nürburgring Nordschleife lap record for a production four-door, cutting 2.9 seconds off its previous lap time set in November 2017 to 7min 18.361 seconds.

The Project 8 is also the first vehicle to set an official whole lap record in the Nürburgring’s mid-range production car class, lapping the 20.8km circuit in 7min 23.164 seconds. 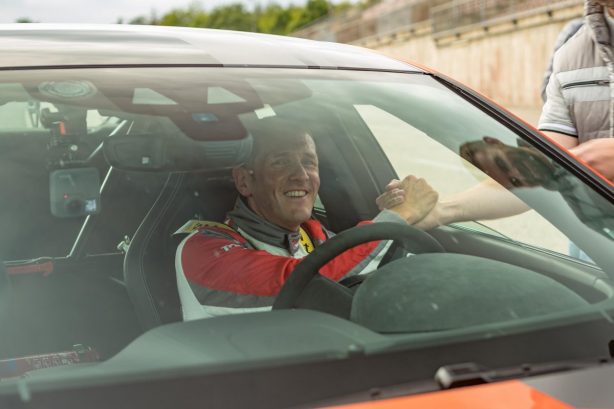 The records were set by a production-specification two-seat Track Pack version of the Project 8 driven by development driver, Vincent Radermecker. The car’s height-adjustable twin-spring coil-over suspension was set in ‘track’ ride height, with the adjustable front splitter and carbon fibre rear aerodynamic wing positioned for maximum downforce and stability.

To maximise performance and steering precision, for the final record runs, the Project 8 was fitted with new off-the-shelf ultra-high-performance Michelin Pilot Sport Cup 2 R tyres. Tested and chosen by SV engineers for their capability on the track, the road-legal tyres use rubber compounds directly transferred from Michelin’s competition tyres. 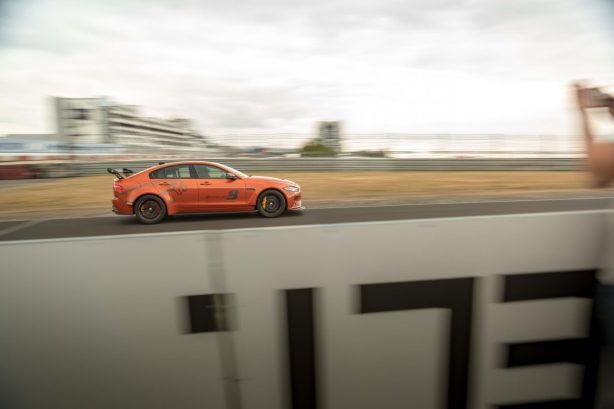 The Project 8 is powered by a highly tuned 441kW version of Jaguar’s 5.0-litre Supercharged V8 that is capable of hurling the super saloon from 0-100km/h in 3.7 seconds, before hitting a top speed of 320km/h. It also features a fully-enclosed flat underbody for enhanced aerodynamics, which according to Jaguar, is key to its performance.

Production of the limited run Project 8 will finish this year, with Australian pricing starting at $325,000 for the four seat, and $349,000 for the two seat Track Pack.

Sadly for Australians, all vehicles are left-hand drive and cannot be registered for road use in Australia.