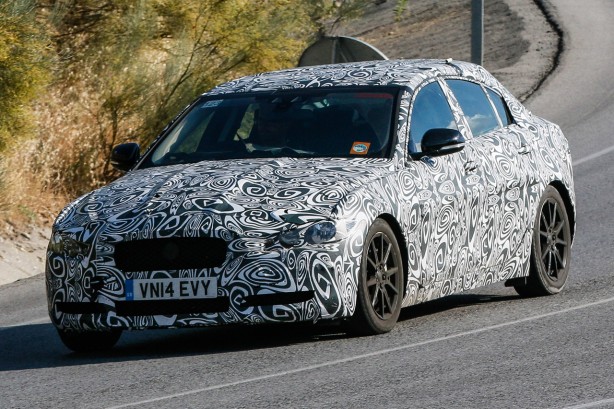 Only days away from launch, Jaguar’s upcoming BMW 3-Series and Mercedes-Benz C Class rival – the Jaguar XE – has been caught testing again on public roads in Europe. The new mid-size premium sedan from the British marque will be unveiled to the world at two special events in London on September 8.

Despite the heavy camouflaged, the new XE can be seen adopting some design elements from the bigger XF sedan, including the front fascia and tail-lights. However, the XE will be considerably shorter with a length expected to be around 4.7 meters. 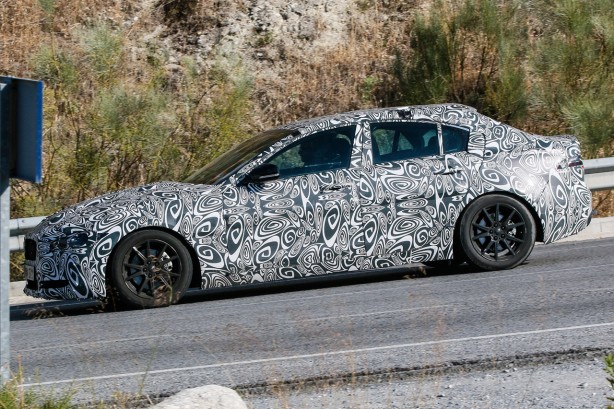 Touted as a ‘true driver’s car’, Jaguar will bring levels of innovation never seen before in this segment – with its lightweight construction expertise and sophisticated chassis technology in addition to the new family of Ingenium engines.

Designed around Jaguar’s modular vehicle architecture, the XE is the only car in the class to use an aluminium-intensive monocoque, with lightweight aluminium accounting for 75 per cent of the structure.

The weight reduction means the XE is the most fuel-efficient Jaguar yet with fuel consumption in the combined cycle of less than 4L/100km while emitting less than 100g/km of carbon dioxide. 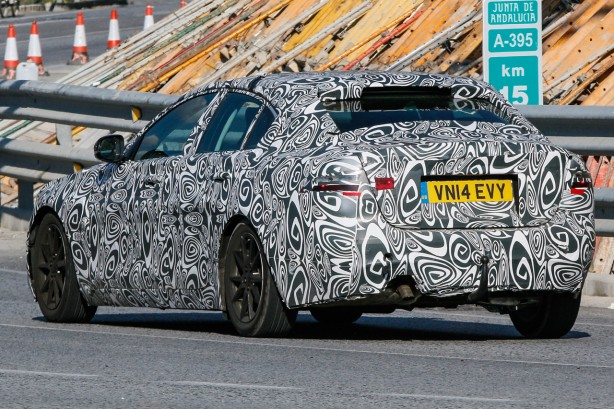 Leading up to its official debut, Jaguar has already teased us with some of the technologies on the XE that will be segment first, including a new Integral Link Rear Suspension that Jaguar claims will deliver major benefits over conventional multi-link designs, and All Surface Progress Control which works like a low-speed cruise control to deliver optimum traction in rear wheel drive cars in the most slippery conditions without skidding and without the driver using the pedals.

Designed and engineered in the UK, the XE will be the first Jaguar to be manufactured at a new purpose-built production facility at the company’s Solihull plant in the West Midlands in the UK.

Jaguar will initially showcase the XE S in London, with the full XE range set to be revealed at the Paris Motor Show.