Jaguar XE flies into London ahead of global debut 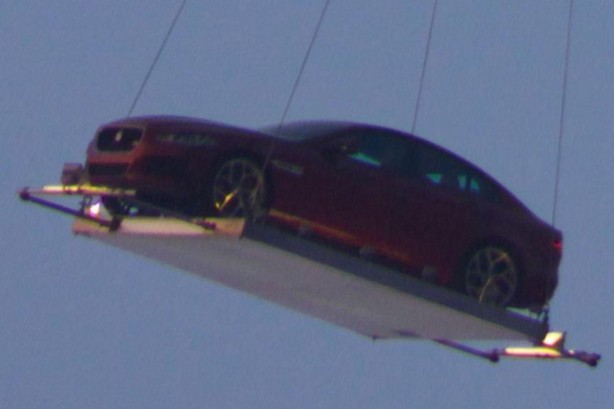 After numerous teaser images and only hours away from global premiere, Jaguar has one last cunning plan to hype up its new XE sedan – fly it across London to the launch stage.

The brand’s 3 Series beater was spotted with no camouflage for the first time. The publicity stint involved strapping the XE, with taillights turned on, to a platform complete with spot lights. The car was then air lifted by helicopter across the British capital.

Touted as a ‘true driver’s car’, Jaguar claimed the XE will bring levels of innovation never seen before in this segment – with its lightweight construction expertise and sophisticated chassis technology in addition to the new family of Ingenium engines. 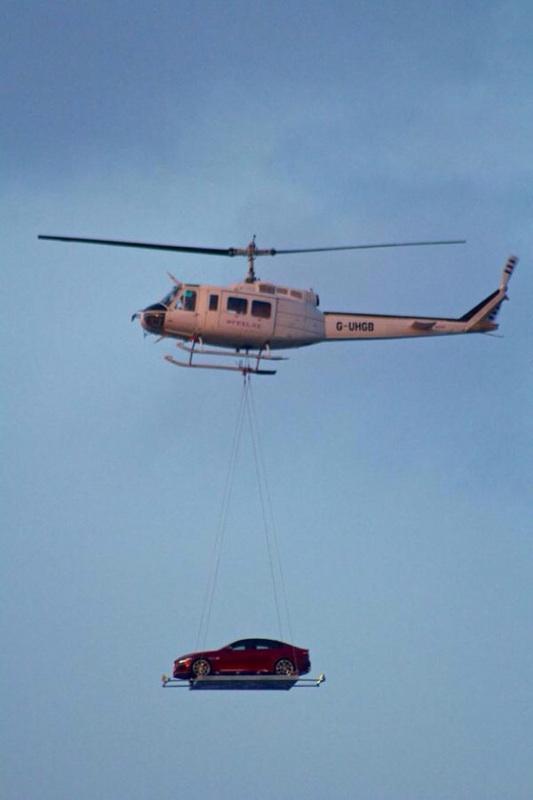 Designed around Jaguar’s modular vehicle architecture, the XE is the only car in the class to use an aluminium-intensive monocoque, with lightweight aluminium accounting for 75 per cent of the structure.

The weight reduction means the XE is the most fuel-efficient Jaguar yet with fuel consumption in the combined cycle of less than 4L/100km while emitting less than 100g/km of carbon dioxide.

Designed and engineered in the UK, the XE will be the first Jaguar to be manufactured at a new purpose-built production facility at the company’s Solihull plant in the West Midlands in the UK.

Jaguar will initially showcase the XE S in London, with the full XE range set to be revealed at the Paris Motor Show.