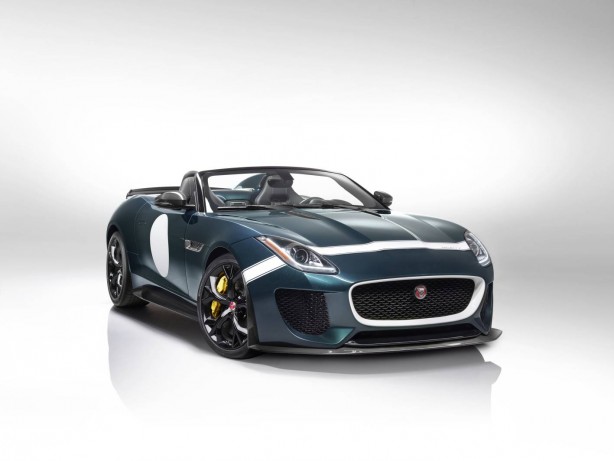 Jaguar is set to take the cover off the F-Type Project 7 at the 2014 Goodwood Festival of Speed in the UK on 26 June.

The F-Type Project 7 is the first Jaguar performance vehicle from Jaguar Land Rover’s Special Operations team, and the company has confirmed the sports car will be produced in an exclusive, limited-edition run of up to 250 units.

Built exclusively as a roadster, the F-Type Project 7 pays tribute to one of the most famous and iconic racing Jaguars: the three-time Le Mans winning D-type, which in 2014 is celebrating its 60th anniversary year. The Project 7’s name pays homage to Jaguar’s seven outright Le Mans wins. 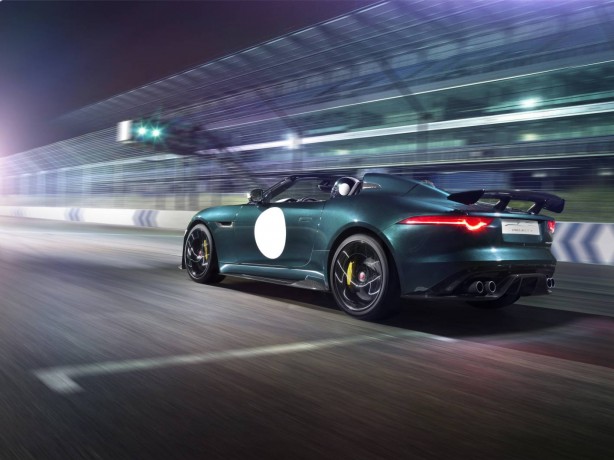 The 2014 Jaguar F-Type Project 7 is not only the most focused derivative of the highly acclaimed F-Type range, but is also the fastest and most powerful production Jaguar ever built. It is fully road-legal, with a removable roof and 196 litres of stowage space.

The beating heart of the F-Type Project 7 is a 5.0-litre supercharged V8 engine developing 423kW and 680Nm, 19kW more than the F-Type R. With 1,585kg to move, the all-aluminium-bodied F-Type Project 7 sprints from zero to 100km/h in just 3.9-seconds, en route to an electronically-limited top speed of 300km/h.

Power is sent to the rear wheels through Jaguar’s eight-speed Quickshift transmission and second generation Electronic Active Differential (EAD). Carbon Ceramic Matrix (CCM) brakes, available as an option on the F-Type R Coupé, are fitted as standard on F-Type Project 7. Also standard is Torque Vectoring by Braking (TVbB) which, working in conjunction with the EAD, enables even more precise handling. Bespoke carbon-fibre aerodynamic aids and a unique suspension set-up wrap up the F-Type Project 7 performance upgrades. 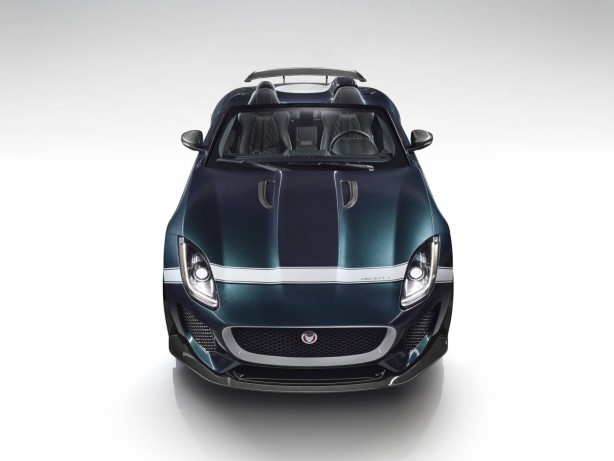 While F-Type Project 7 features performance-focused engineering for road use, its design has been kept true to the original Project 7 concept, which was unveiled last summer.

Key design elements include the D-type-inspired fairing behind the driver’s head, shorter windshield, new front bumper, and downforce-increasing aerodynamic modifications – including a carbon-fibre front splitter, side skirts, rear diffuser and adjustable rear spoiler. However, the single-seater concept has been transformed into a two-seater, with rollover hoops for both driver and passenger now integrated into the design.

Making contact with the tarmac is a set of 20-inch Storm alloy wheels in gloss black, which customers can opt to have fitted with high-performance Continental ForceContact tyres.

Inside, the F-Type Project 7 features lightweight race-inspired bucket seats, which are finished in a quilted racing-style diamond pattern. Four-point racing harnesses are available as an accessory. The interior features carbon-fibre veneer inserts on the console, an Alcantara steering wheel (with leather option), machined aluminium gearshift paddles and bespoke treadplates with the Project 7 logo.