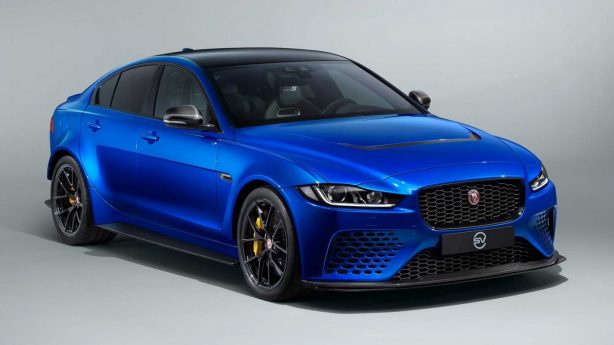 Jaguar has unveiled a new version of its bonkers, track-focused XE Project 8 super-sedan dubbed the Touring, which is aimed at being easier to live with in the real world than the ‘standard’ car.

Most notably differentiating it from the Project 8 we’ve been familiar with up till this point, the Touring loses the massive carbon-fibre rear wing that’s normally bolted to the boot lid, instead opting for a simple lip spoiler in its place.

Also adding to the toned-down look is the removal of any graphics from the exterior of the car, too, although they can be added back on at an extra cost if owners really wish. Just four exterior colours will be available, including Velocity Blue as seen here, British Racing Green, Valencia Orange, and Corris Grey Satin. 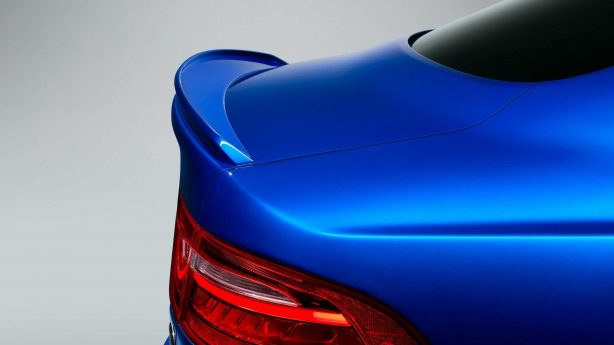 Regardless, trainspotters will still be able to pick this out as being no ordinary XE from a mile away, given the more aggressive front bumper, rear diffuser, massive flared wheel arches, and other carbon-fibre trimmings.

Under the skin, however, all remains the same, meaning buyers will still get a brawny 5.0-litre supercharged V8 churning out 441kW – nearly double that of the regular XE – and 700Nm which is sent to all four wheels through a ZF eight-speed ‘Quickshift’ automatic transmission. 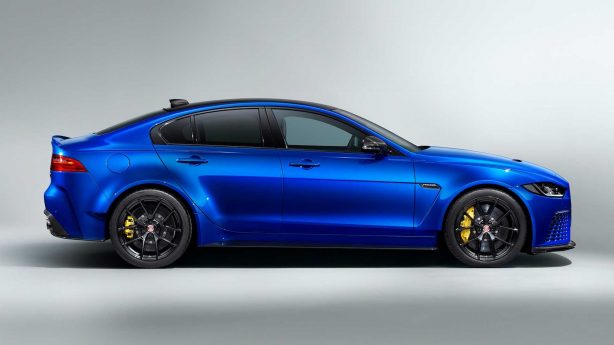 Given that amount of power, the Project 8 Touring can launch itself from 0-100km/h in just 3.7 seconds – identical to that of the regular Project 8 – while its top speed is limited to 300km/h, rather than the 322km/h maximum of the full-fat model.

Just 15 Touring models are set to be produced, with each priced £149,995 in its home market of the UK, and as with all other Project 8 builds, all of them will be made in left-hand drive form only.

For us in Australia, that means we’ll likely never see any Touring models hitting our roads as the Project 8 is only available on a to-order basis for track use only as it’s not able to be made road-legal.