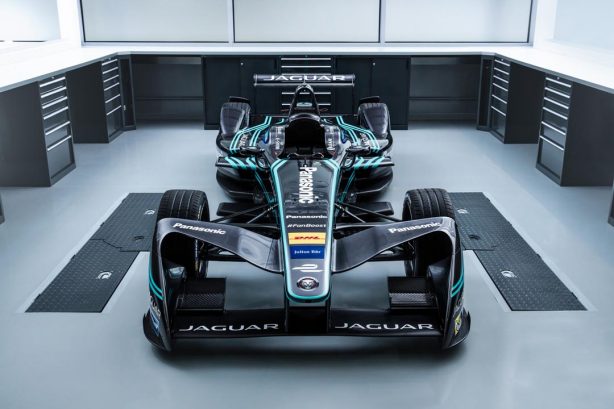 Title sponsor Panasonic are teaming up with Jaguar Racing to compete in the third FIA Formula E season with the completely electric I-TYPE 1.The event took place at the Jaguar Collections Center where official reserve driver Ho-Pin Tung drove the new I-TYPE 1 as part of its stunning debut. Jaguar outlined the brands commitment to their ‘Race To Innovate’ mission strategy, with the goal of changing the perception of electric vehicles, to develop new electric technology and inspire future generations.

Racing the I-TYPE 1 in it’s first season will be drivers Adam Carroll and Mitch Evans with Ho-Pin Tung as official reserve driver.

At 33 years old Adam Carroll brings a wealth of experience to the team with his history in F3, GP2, A1GP, IndyCar and WEC.

“It’s a real privilege to be racing for Jaguar in Formula E. You only have to look at the calibre of the other drivers in the series to see the level of competitiveness and prestige that this championship now has. To drive for Jaguar is also a dream come true. They are the biggest brand to come into the series and one of the most evocative names in racing.” said Adam Carroll.

Mentored by our own Formula One world champion Mark Webber, the Kiwi born Mitch Evans continues his exciting career in motorsport with Jaguar.

Mitch Evans commented: “Formula E is a real drivers’ championship with some of the most competitive racing in the world. Any of the drivers will tell you how challenging it is to find the limit in a Formula E car and gain those extra tenths and I’m looking forward to the season ahead. Some of history’s most iconic cars have been developed by Jaguar, and I’m thrilled to be part of Jaguar’s electric future and our return to motorsport.“ 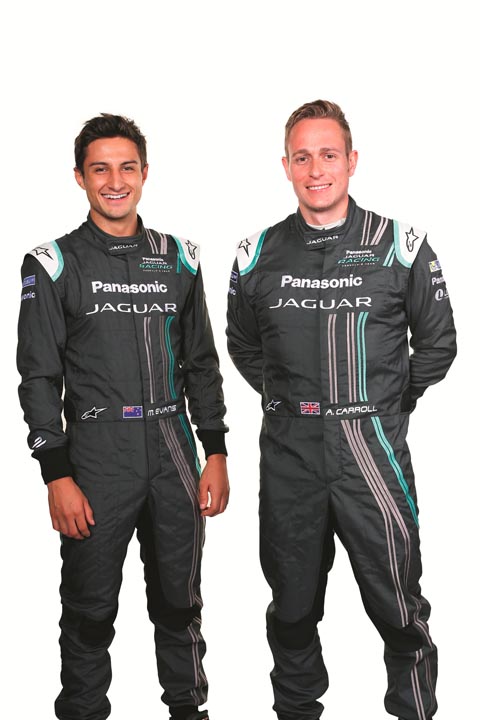 Ho-Pin Tung said: “I believe that Jaguar’s entry to the series is a significant moment for the FIA Formula E Championship. I have direct experience of racing in this series and have seen how effectively Formula E brings a thrilling showcase of next generation technologies right to the cities of fans around the world. I am looking forward to making a meaningful contribution to this future of electric mobility and to Jaguar’s significant racing legacy.“

At the launch event Jaguar covered in detail their partnership with electronics and automotive technology industry giant Panasonic which aims to push the boundaries of electric technology in a performance environment. Lear Corporation will also be joining the team as an Official Team Partner.

Gerd Mäuser, Chairman of Panasonic Jaguar Racing said: “Today marks a new chapter in the history of Jaguar Racing. As the first premium car manufacturer in Formula E we are proud to be back in top-level motorsport. The future is changing and we’re part of that change. We can’t wait to begin racing competitively in inner city locations inspiring a whole new generation of @JaguarRacing fans to join us on this exciting journey. Formula E is the perfect platform to inspire the next generation.“ 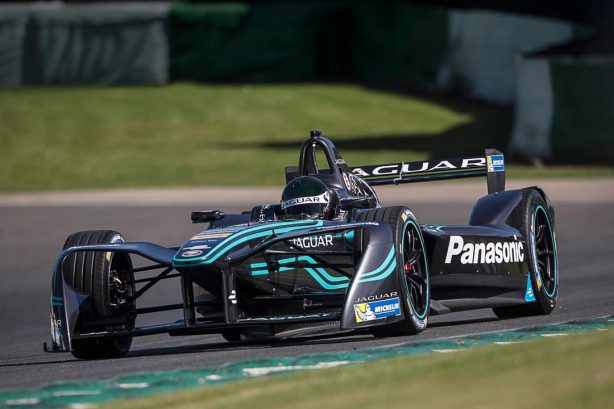 With over 9000 engineers employed by Jaguar Land Rover, the company is Britain’s largest research and development investor across any business sector.

Rogers said: “Over the next five years we will see more changes in the automotive world than in the last three decades. The championship will enable us to engineer and test our advanced technologies under extreme performance conditions. We will apply this vital knowledge as part of our real world development. At Jaguar Land Rover we employ 9,000 engineers and the team will draw on these engineers to extract data and push the boundaries of electric technology in a race environment.“ 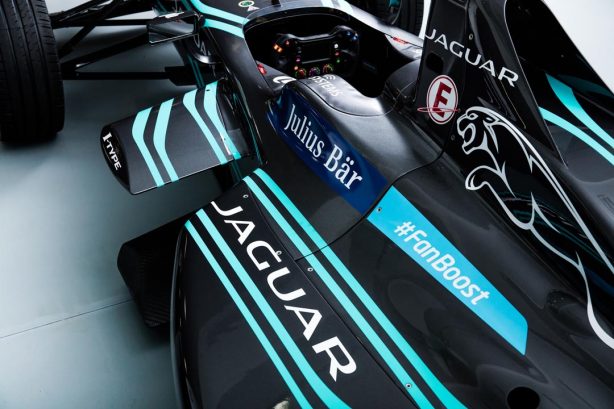 21 days of testing has been successfully completed by the Panasonic Jaguar Racing team concluding with the Formula E public test at Donnington Park Circuit.

James Barclay, Panasonic Jaguar Racing Team Director said: “Today is a proud moment for myself and the entire Panasonic Jaguar Racing team at our official launch. Everyone has worked very hard over the last nine months to prepare for our debut in the Championship. I am delighted to welcome Adam, Mitch and Ho-Pin, Panasonic, Lear and all of our new fans into the Jaguar family.

We want to be successful on and off the track. We know that the challenge will be strong – our competitors have a two-year head start. We will be keeping our expectations in check in our first season. Ultimately we’re here to win but we’re here to innovate too. I would like to thank Jean Todt and his team at the FIA and Alejandro Agag and his team at Formula E for their vision in building this innovative series and for their help and support over the last 12 months with Jaguar’s entry.”

No, it’s not a Mars Rover. It’s the Tesla Cybertruck. Unveiled over the weekend at …