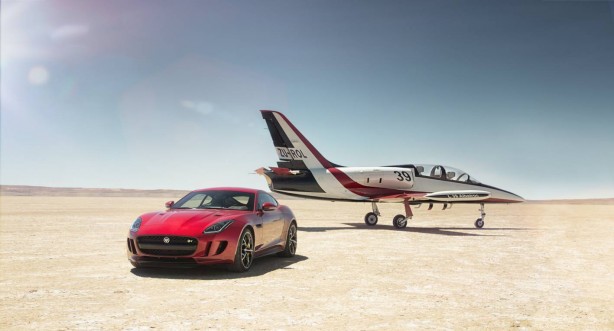 Jaguar today has announced the F-Type range will gain an all-wheel-drive version. The latest addition to the highly lauded F-Type R Coupe will make its global debut at the upcoming Los Angeles Auto Show on November 19.

Powered by a 5.0 Litre Supercharged V8 petrol engine, the AWD F-Type R’s 404kW are served on all four wheels, propelling the coupe from standstill to 100km/h in 4.1 seconds, 0.1 second quicker than its rear-wheel-drive sibling. Top speed remains electronically limited to 300km/h.

On the relatively soft surface of the Hakskeen Pan desert in the Northern Cape of South Africa, the stability of the AWD F-Type R Coupé and its dynamic ability were put to the test. Fitted with the same radio equipment as the jet and rocket powered Bloodhound SSC, the F-TYPE was driven head-to-head at top speed with a similarly equipped jet flown at 500mph (804km/h) and just 50 feet (15 metres) above the ground.

The combined closing speed of almost 700mph (1126km/h) enabled the successful test of the system that will allow communications between the ground crew and the Bloodhound SSC driver, which will run for the first time on the Hakskeen desert just twelve months from now. 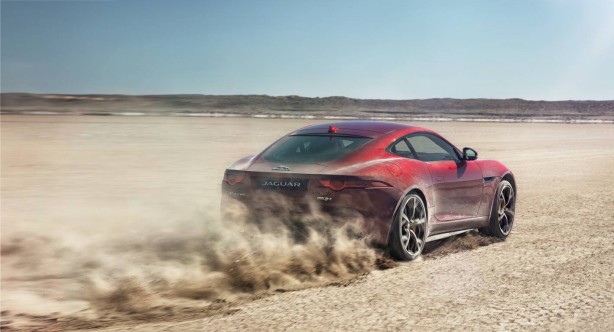 The test marks the start of a major technical partnership between Jaguar and The Bloodhound Project, with the ultimate aim of raising the world land speed record above 1,000mph and to assist in inspiring the next generation of scientists and engineers, which is the overall objective of the project.

The addition of all-wheel-drive is one of a number of performance enhancements to the Jaguar F-Type range which will grow from six to 14 derivatives in 2015 – the full range will debut at the LA Auto Show. 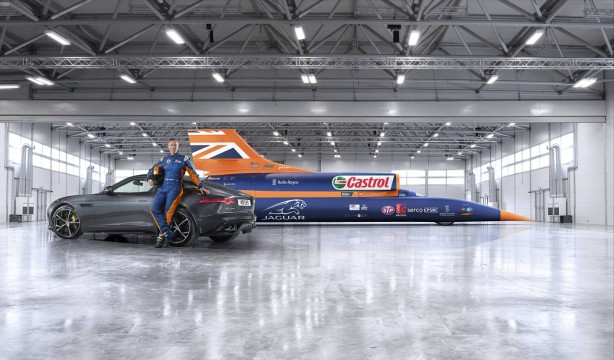