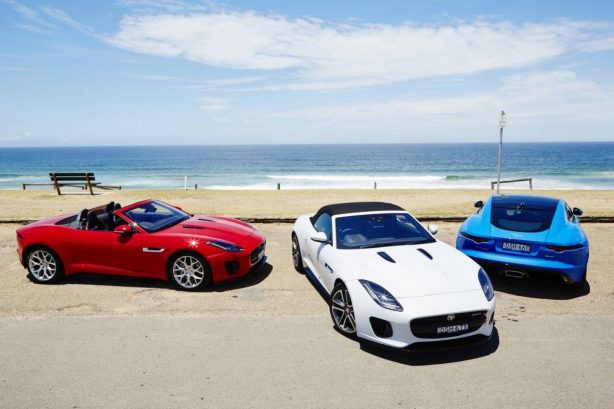 Jaguar is broadening the appeal and accessibility of the new F-Type sports car with the introduction of the entry-level four-cylinder variant. The F-Type family now spans from the new four-cylinder model to Jaguar’s 200mph all-weather supercar – the F-Type SVR.

Priced from $107,012 before on-road costs, the entry-level F-Type is powered by a 2.0-litre turbocharged powerplant developing 221kW of power and 400Nm of torque. The engine is paired with an eight-speed Quickshift transmission and is capable of sending the all-aluminium sports car from 0-100km/h in just 5.7 seconds, on route to a top speed of 249km/h.

On sale now, the new four-cylinder F-Type is the least expensive variant in the line-up and competes against the Porsche Cayman, Audi TT S and Mercedes-AMG C43.

According to the British carmaker, not only is the 221kW Ingenium engine the most powerful four-cylinder unit ever offered in a production Jaguar, it also generates the highest specific power output of any engine in the F-Type range: 110kW per litre. It is also claimed to be the most efficient F-Type in the range, with a combined rated fuel economy of 7.2L/100km – a 16 per cent improvement over the 250kW V6.

The Ingenium engine contributes to an overall weight reduction of 52kg – most of which is over the front axle – a key to the four-cylinder F-Type’s enhanced agility. 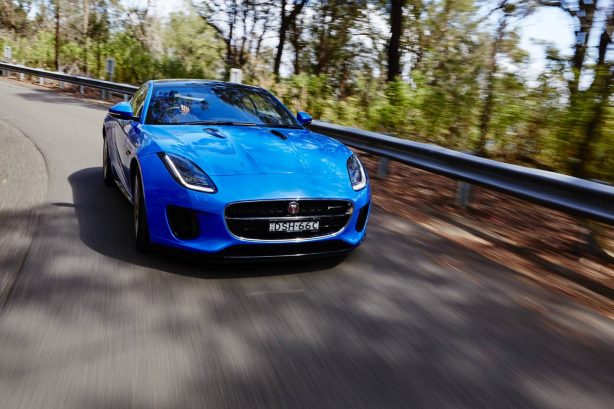 Jaguar says it has meticulously-tuned the standard active exhaust to ensure the four-cylinder does not lose out on aural feedback. Further, R-Dynamic variants feature a switchable active exhaust for an even more involving driving experience.

Along with the new entry-level variant, the MY2018 Jaguar F-Type features redesigned bumpers, together with full LED headlights.

At the rear the four-cylinder model features a unique single tailpipe finisher to distinguish it from the twin central exhausts and quad outboard exhausts of the V6 and V8 models. Lightweight 18-inch wheels also identify the latest addition to the line-up.