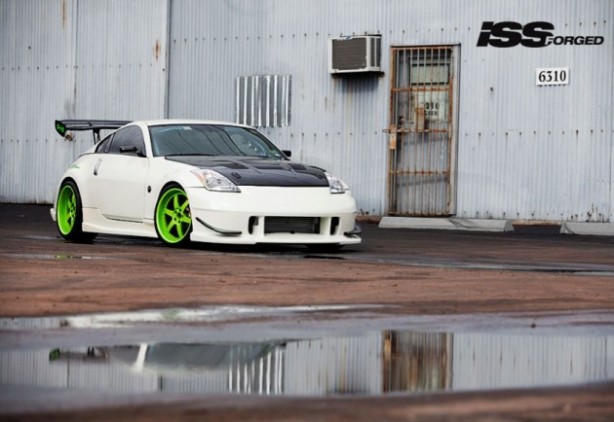 If you are a die-hard Nissan fan, you may want to stop reading right now. That’s because the ISS Forged Nissan 350Z you see here has had a ‘heart’ transplant and features a 2JZ-GTE Toyota engine.

The 2JZ is regarded as one of the best engines for conversion, as it is highly capable and tunable straight out of the box. Some of you may already know the 3.0-litre straight-six 2JZ is found under the bonnet of the Toyota Supra and features twin turbochargers. 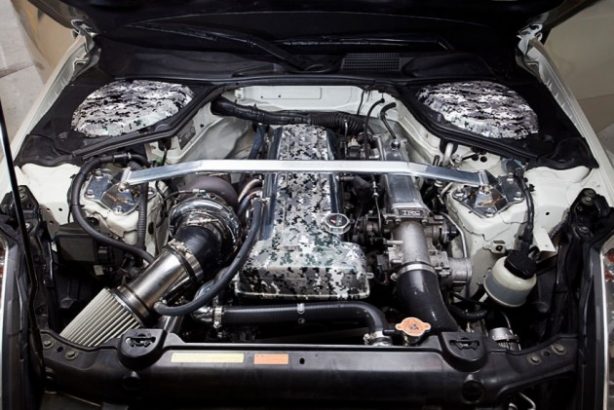 During the conversion, ISS Forged collaborated with Tech 2 Motorsports to tune the engine and swapped the twin-turbos with a large single Precision turbo setup. The engine also features an AEM V1 ECU, OBX pulleys, and a GReddy Profec B Spec II boost controller. At the back, a HKS titanium exhaust is installed to let the engine breathe easier. On top of that, there’s also a 10 pound Nitrous Express kit.

The result is estimated to be around 522kW (700hp) to the rear wheels, via a five-speed automatic gearbox from a Toyota Aristo. ISS Forged hasn’t released any acceleration figures but you would expect this thing to be fast! 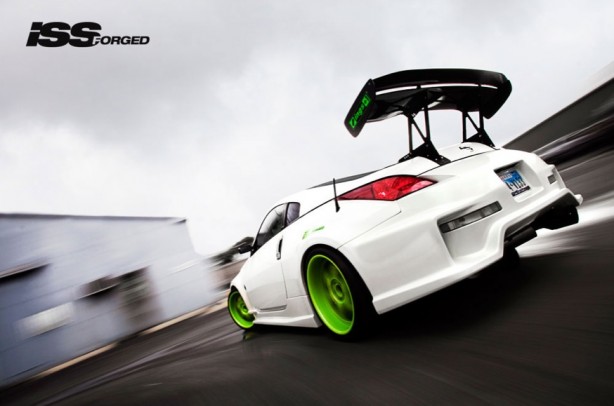 Visually, one will not be able to get past the lightweight 19” ‘Alien Green’ ISS Forged FS6 wheels the car rides on. They are shot in a set of Nitto Invo tyres for maximum traction. A set of GReddy 14-inch front and 13-inch rear discs, clamped by six-piston front and four-piston rear callipers, resides within them.

Finally, a set of fully adjustable GReddy Type S coilovers front and back ensures stability in all conditions. 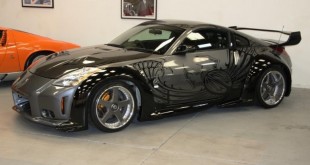