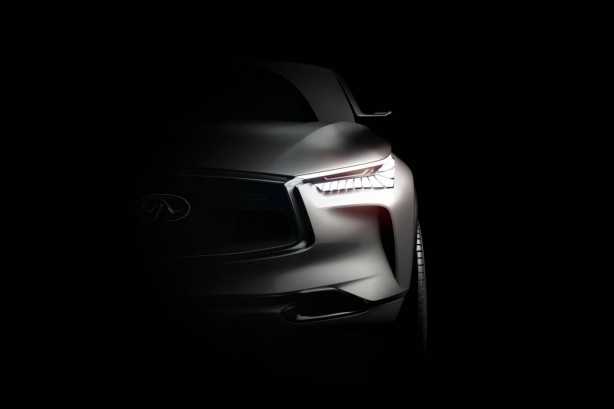 Infiniti has released teasers of their QX Sport Inspiration concept ahead of its Beijing Auto Show debut.

The concept has revealed a first glimpse into the company’s next-generation, mid-size premium SUV.

The QX Sport stands out, taking inspiration from Infiniti’s “Powerful Elegance” design philosophy. The teaser illustrates an SUV with wide body shoulders providing a muscular stance similar to that of the Q60 concept. The SUV also features widened wheel arches and floating A-pillars.

Infiniti executive design director, Alfonso Albaisa mentions: “The QX Sport Inspiration expresses a power and purpose that is uniquely Infiniti.” Albaisa goes on to say: “with a flowing, natural aesthetic, this concept demonstrates how Infiniti can offer something new and exciting with future QX SUV models.”

The Infiniti QX Sport Inspiration is due to make its official global debut at the 2016 Beijing Auto Show which runs from April 25 to May 4.