Aimed at the burgeoning premium SUV market, the new QX50 is the most important model in Infiniti’s expanding line-up, rivalling the BMW X3, Audi Q5, Mercedes-Benz GLC and Lexus NX when it goes on sale in 2018.

Under the bonnet is where the QX50 breaks away from the norm with the world’s first variable compression turbo petrol engine. The breakthrough in combustion engine design allows the 2.0-litre VC-Turbo engine adjusts its compression ratio to optimise power and efficiency. It’s claimed to combine the power of a 2.0-litre turbocharged petrol engine with the torque and efficiency of a four-cylinder diesel engine.

Infiniti says the new engine offers a compelling alternative to diesel, challenging the notion that only hybrid and diesel powertrains can deliver high torque and efficiency. 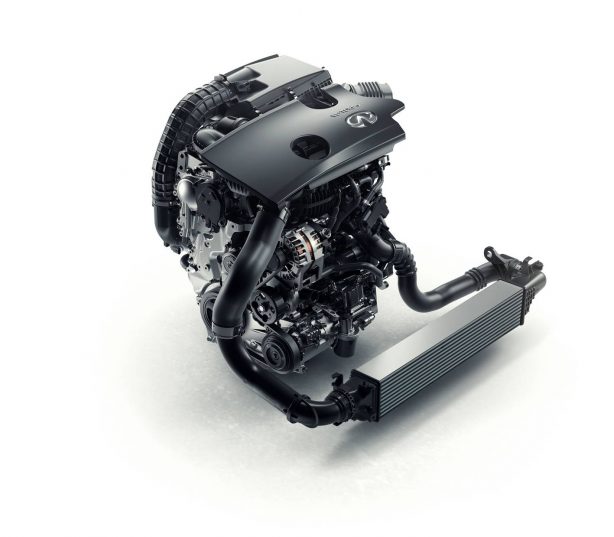 A multi-link system continuously raises or lowers the pistons’ reach to transform the compression ratio. High compression ratios aid efficiency, while low ratios enable greater power and torque. The VC-Turbo offers any compression ratio between 8:1 (for performance) and 14:1 (for efficiency), maximising driver control.

The engine is paired with a continuously-variable transmission (CVT), for seamless power delivery. Its infinite number of gears is tuned to match the engine’s ability to transform.

The new QX50 will join the larger QX80 in Infiniti’s fast growing SUV line-up from 2018.