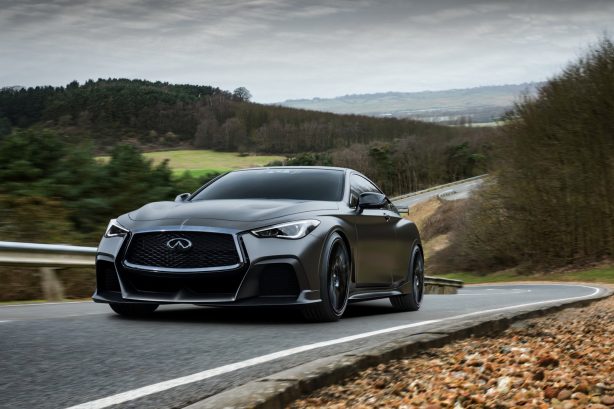 It didn’t take long for Infiniti’s Q60 Project Black S to move from concept to reality, as green light has been reportedly given to build the high performance Q60 sports coupe to rival cars like the BMW M4 and Mercedes-AMG C 63 coupe.

Unveiled last month at the Geneva Motor Show, the Infiniti Q60 Project Black S is infused with Formula One technology developed alongside the Renault Sport Formula One Team. Its 3.0-litre twin-turbo V6 engine, which is the same unit found in the standard Q60 Red Sport, is supported by an Energy Recovery System (ERS) which converts wasted heat and kinetic energy via motor generator units (MGU) into stored electricity using high-rate discharge lithium-ion batteries. The stored electricity can then be used to provide power to electric motors for greater performance.

The technology increases the power output of the V6 engine by as much as 25 per cent, pushing figures from 298kW up to 373kW. 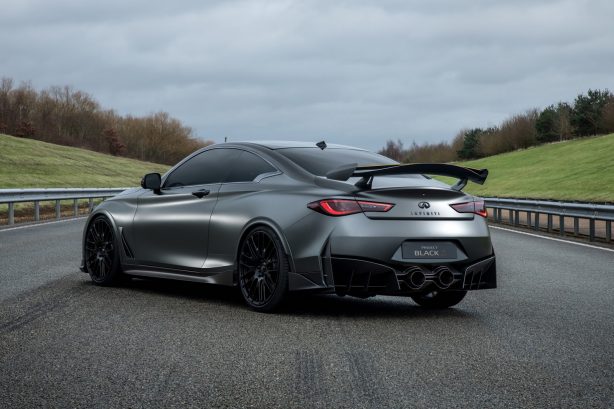 The Q60 coupe in Black S grade trim features more than just the impressive performance from the hybrid powertrain. To offset the additional weight of the system, Infiniti’s engineers have striped weight where possible to deliver further performance advantages to the Q60 Black S. The concept vehicle features a titanium twin exhaust system and lightweight 21-inch wheels with wider performance tyres to handle the additional power and torque. Further reducing the weight of the vehicle is extensive use of carbon fiber used in the front splitter, rear diffuser, quarter panels, side skirts and downforce producing rear wing. Larger intakes at the front of the car feed air to both the brakes and engine while a bonnet vent removes excess heat from the engine bay.

The Q60 Black S has been finished in matte grey and black with gloss black trim replacing chrome from the standard car which surrounds the double arch grille and lines the C pillar.

Just how much of the concept vehicle will make it to production remains to be seen, though the uprated turbo V6 is almost a certainty. 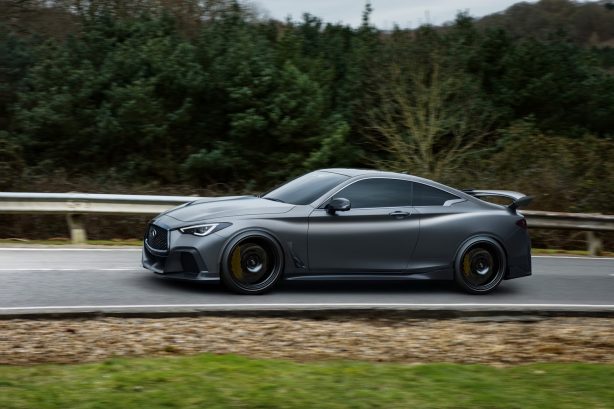 It isn’t the first time Infiniti is eyeing at the high performance midsize segment. In 2014 the brand revealed its intention to take on the BMW M3 with the Q50 Eau Rouge Concept, a sports sedan powered by a Nissan GT-R drivetrain. That concept almost made it to production before it was killed off last year.

With the Q60 Black S coming to fruition this time, Infiniti aims at building another whole new element to the brand in terms of performance credentials.