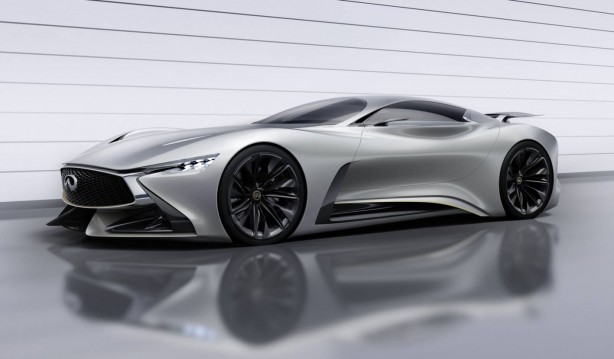 The Concept Vision Gran Turismo started life as a design competition put out to the company’s design studios to “design a pure Infiniti GT car”. The winning model was put forward by Infiniti’s Design team in Beijing. 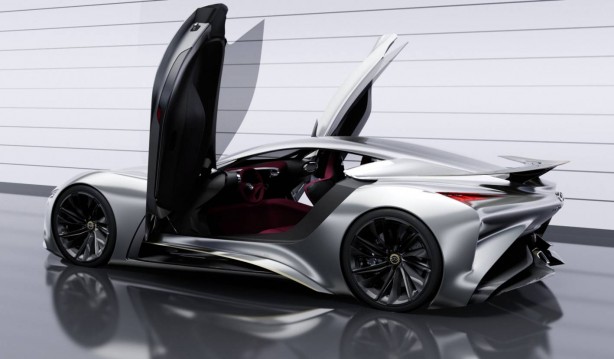 The striking virtual concept, which previews Infiniti’s future styling, has all the hallmarks of a supercar, with a powerful stance and sensuous lines. The team behind the car wanted to create an ambitious racing language for Infiniti.

According to Nissan’s luxury arm, the Vision Gran Turismo is more than just a design exercise and included thorough examinations and calculations of technical features such as aerodynamics and engine performance. As such, the front mid-ship/trans-axle powertrain enables the finely distributed 45:55 front/rear weight balance that gives the car its drift happy rear end. 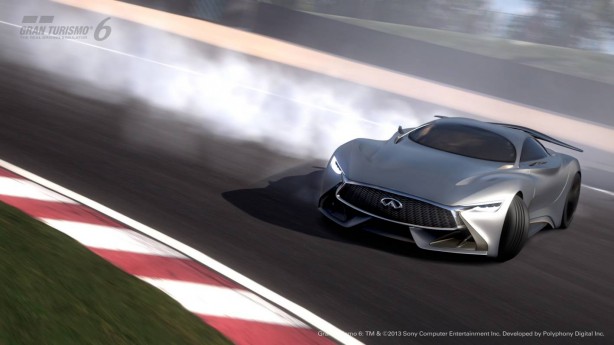 As for aerodynamics, it features under-floor airflow control, front and back diffusers and a uniquely shaped rear spoiler.

The Infiniti Concept Vision Gran Turismo will be available for download starting today in Gran Turismo 6 exclusively on the PlayStation 3 console.