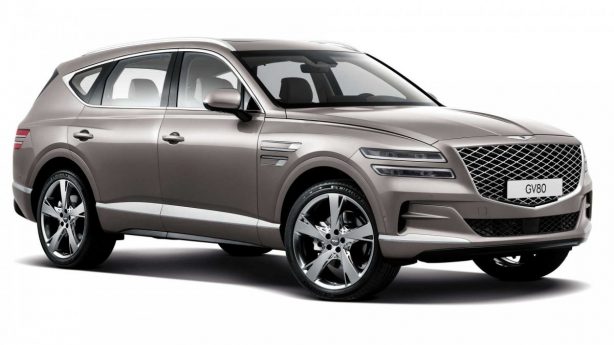 The Genesis GV80 – the South Korean luxury brand’s first ever SUV – has been officially unwrapped. Tipped to arrive in Australia in the middle of this year, the GV80 is a full size SUV offering up to three rows of seating and underpinned by a rear biased all-wheel drive system for sporty handling.

“Over the last four years, Genesis has established itself as a respected luxury brand with superior vehicle quality and a line-up of class-leading sedans with charismatic and discriminating style,” he said.

The Genesis GV80 will compete against the likes of BMW X5, Audi Q7, Range Rover Sport and Mercedes-Benz GLE. 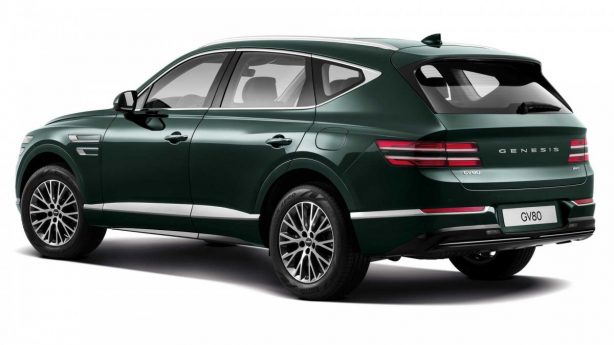 Hyundai’s luxury arm has not toned down on the GV80 Concept that was unveiled at the 2017 New York Auto Show, styling the production model with the same large front grille and quad headlights. The concept’s purposeful lower front bumper chin has also made it to production, giving the large SUV a menacing look up front.

The swooping roof line adds to the GV80’s sportiness, complemented by sleek parabolic lines running down the side of the body.

Already received praises for his work on the Genesis G70 sports sedan, Hyundai global executive vice president and chief design officer Luc Donckerwolke said the GV80 allowed the company to expand its “definition of Athletic Elegance design language to a new typology, while retaining sublime proportionality and sophistication of form.” 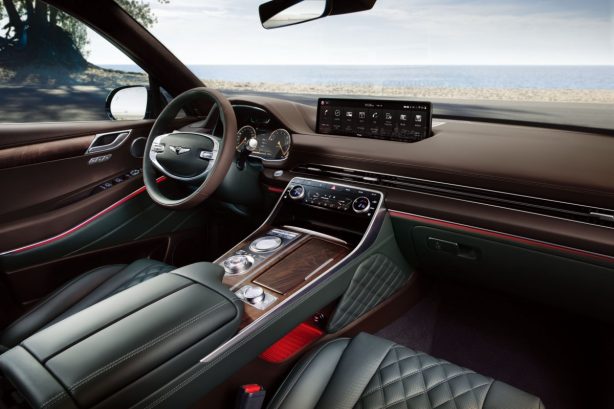 The smooth execution of the exterior is mirrored inside the cabin, with the dashboard adopting a minimalist approach for a clutter free design. With only a handful of buttons is in view, the majority of functions is operated from the ultra-wide centre infotainment screen, as well as the fully digital instrumentation cluster.

For sporty dynamics, the GV80 is based on a rear-wheel-drive platform, with all-wheel drive available as an option. The GV80 will launch in the home market of South Korea with a Genesis-exclusive 3.0-litre six-cylinder turbo diesel engine producing 204kW and 588Nm. It’s said to offer best-in-class dynamic performance and fuel economy. When equipped as a five-seat model with 19-inch wheels, the rear-wheel-drive diesel GV80 variant returns 8.5 l/100km. Two turbocharged petrol engines will join the lineup shortly after market launch.

GV80 models equipped with all-wheel drive will feature Multi-Terrain Control with sand, mud and snow modes, along with an electronically controlled Limited Slip Differential at the rear axle.

Electronically controlled suspension with road preview, another Genesis first, helps provide passengers with optimal ride comfort by recognising information on the road ahead in advance through front cameras and navigation information. 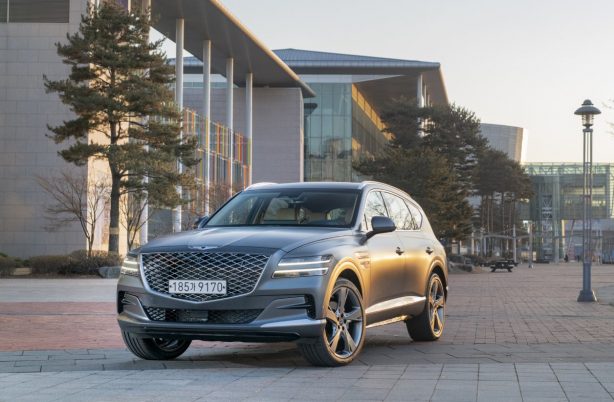 The GV80 also includes 10 standard airbags, including a centre-mounted airbag between the front occupants to mitigate interior impact.

The Genesis GV80 will launch locally around the middle of the year (2020), with a choice of two petrol powertrains alongside the 3.0-litre six-cylinder diesel. More detailed information will be provided closer to the Australian launch.