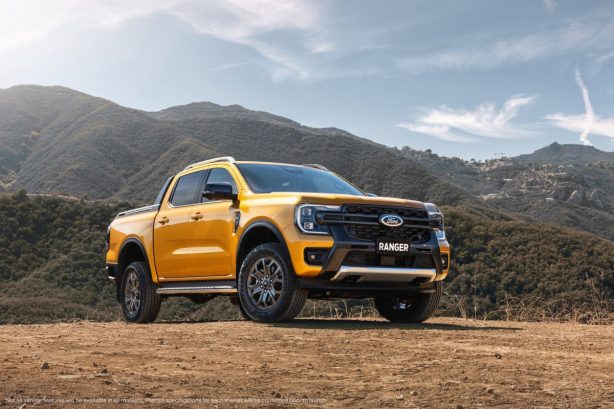 The new-generation Ford Ranger is officially out and it’s been touted by its maker as the smartest, most versatile and most capable Ranger ever.

Like the generation before it, the new Ranger’s development is led by Ford’s Product Development Centre in Australia, with local engineers and designers responsible for the model’s design and validation in all key areas including drivetrain, technology and safety.

Visually, the new 2022 Ford Ranger is bold and rugged, with a purposeful exterior that shares Ford’s global truck design language. The design features a new grille, and signature C-clamp headlight treatment at the front while a subtle shoulder line down the sides incorporates bolder wheel-arches that gives Ranger a sure-footed stance.

For the first time, LED headlights are standard across the range. At the back, the taillights are also LEDs and designed in harmony with the signature graphics on the front. 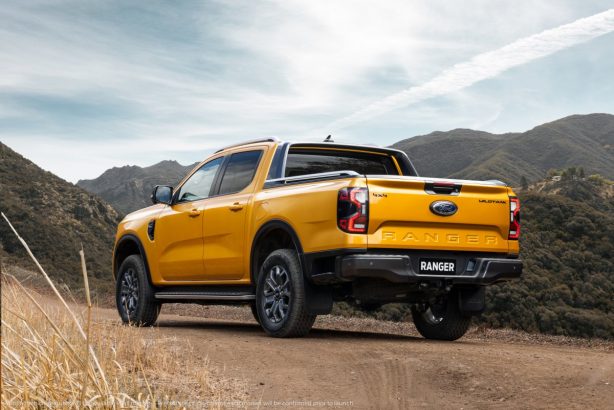 Beneath the new bodywork is an upgraded chassis riding on a wheelbase 50mm longer and a track 50mm wider than the previous Ranger. A hydro-formed front-end structure creates more space in the engine bay for the new V6 engine and helps future-proof the Ranger for other propulsion technologies. It also opens up the front of the pick-up to allow more airflow to the radiator, which helps keep running temperatures low when towing or carrying heavy loads.

Inside, the car-like cabin steps up, using premium soft-touch materials, and featuring the largest portrait-style centre touchscreen in the segment at 12 inches. It complements the fully digital instrument panel and is loaded with Ford’s latest SYNC4 infotainment system. 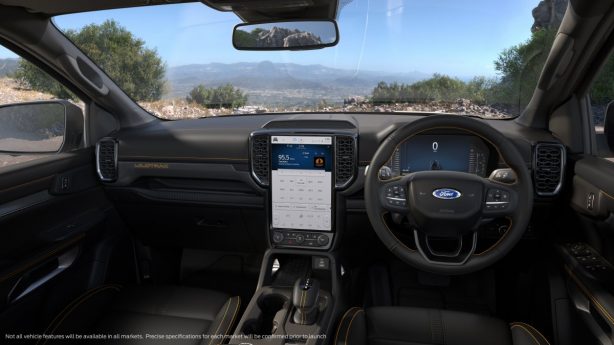 Many of the traditional driving mode controls have been moved from the dash and centre console to their own dedicated display on the SYNC screen. With one button press, drivers can go to Ranger’s dedicated screen for all off-road and drive modes where they can monitor the driveline, steering angle, vehicle pitch and roll angles and other controls. The screen is also linked to a 360-degree surround view parking camera.

The 50mm wider track has liberated more cargo space, with the new Ranger now capable of carrying fundamental items such as a sheet of building plywood or a full-size pallet all within its cargo tray.

Additional touches include a new, tough plastic-moulded bedliner that helps protect both the tray bed from scratches and owner’s knees from kneeling on a steel tray bed. Extra cargo tie down points – on strong steel tube rails – provide convenient points to secure loads. Durable, flexible load box caps around the sides of the box and across the tailgate conceal structural attachment points for canopies and other aftermarket accessories. 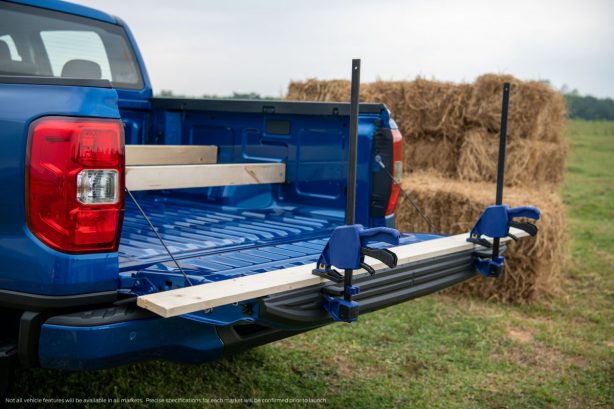 The new Ranger also offers a new cargo management system designed with dividers to hold various sized items – like timber or toolboxes. Owners also can create smaller compartments to store objects, which would otherwise have to go in the cab, using a system of ultra-strong spring-loaded cleats that clip into rails bolted to each side of the cargo box. The tailgate can also double as a mobile work bench with clamp pockets to measure, grip and cut building materials.

Also new is Zone lighting which is controlled via the in-cabin touchscreen or through the FordPass app. It provides 360-degree lighting around the pick-up to help give customers better visibility around the vehicle. Load box lighting is provided under the left- and right-hand rails and provides plenty of light for finishing up jobs in low light or finding things in the cargo box at night.

Depending on market, the new Ranger will be available with three turbodiesel engine options.

A new 3.0-litre turbodiesel V6 will replace the previous 3.2-litre five-cylinder turbodiesel, with the proven Single-Turbo and the Bi-Turbo 2.0-Litre inline four-cylinder diesels once again called for duty in the new Ranger.

Final engine outputs are yet to be confirmed. For reference, the outgoing 3.2-litre turbodiesel produces 147kW and 470Nm, while the existing 2.0-litre twin-turbo diesel and 2.0-litre single turbo diesel respectively develops 157kW and 500Nm, and 118kW and 385Nm. 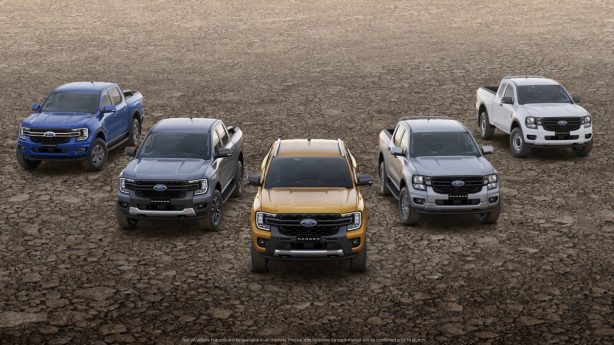 The Ranger is known for its relatively comfortable ride and the new model is claimed to take that up a notch. The front wheels have been moved forward by 50mm for a better approach angle and outboard for better off-road articulation, both of which improve the off-roading experience. The rear suspension dampers have also been shifted outboard of the frame rails to give drivers and passengers a better ride both on- and off-road.

Customers will have a choice of two four-wheel drive systems – an electronic shift-on-the-fly system, or advanced full-time 4×4 system with a set-and-forget mode. Off-road recovery is made easier with prominent dual recovery hooks in the front bumper.