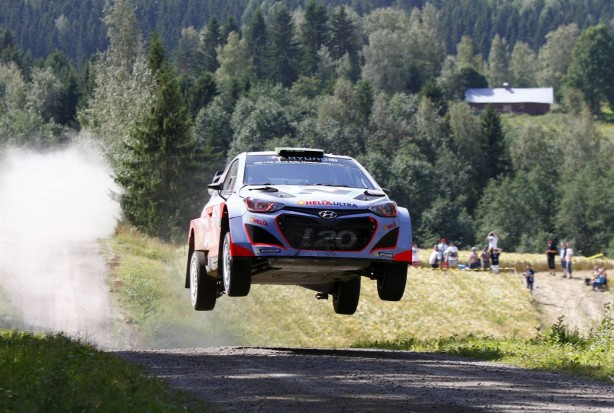 The Hyundai Shell World Rally Team has registered a two-car finish in Rally Finland after completing Sunday’s final three stages. Run over a total of 36.6km, including the final Power Stage, there was plenty still up for grabs on the final day with both Hyundai Shell World Rally Team drivers embroiled in a close battle for sixth place. The trio of stages also incorporated the ultra-fast and spectacular 23.02km Myhinpää course, which placed emphasis on power and driver commitment.

Home heroes Juho Hänninen and Tomi Tuominen (#8 Hyundai i20 WRC) continued where they left off on Saturday with another run of competitive performances in front of their fans. The flying Finns set the fourth fastest time in the Myhinpää stage which propelled them up into sixth overall to help secure their second consecutive sixth place finish in this year’s WRC. 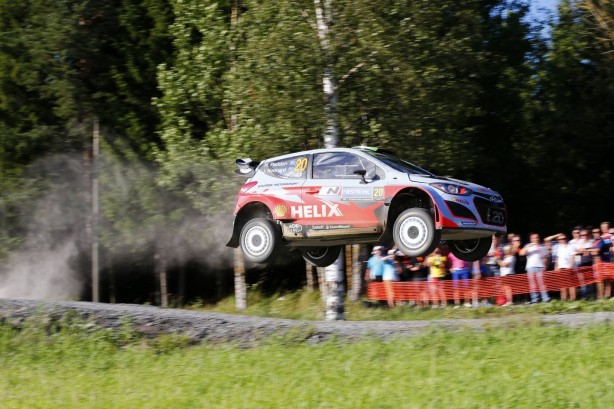 Hänninen said: “This has been a really nice rally and I am pleased to finish sixth after pushing hard this weekend. We obviously had some problems on Friday morning which knocked us down the order a bit but from Friday afternoon, throughout yesterday and again this morning, I have felt very competitive in the Hyundai i20 WRC. We had some very good stages this morning and we were focussed on keeping the runs clean and trouble-free. As a team, I think we’ve worked well and it’s been a pleasure for me and Tomi to join the team for these past three WRC events.”

The Kiwi crew of Hayden Paddon and John Kennard have enjoyed their most competitive rally to date in the #20 Hyundai i20 WRC at Rally Finland. Unfortunately, power steering problems on Sunday prevented them from maintaining their excellent run of form and they dropped back to eighth place by the end of the 26-stage rally. Nonetheless, the crew were pleased with their performance this weekend, in just their third event with Hyundai Shell World Rally Team, and demonstrated a level-headed approach by bringing the #20 car safely to the end of the rally. 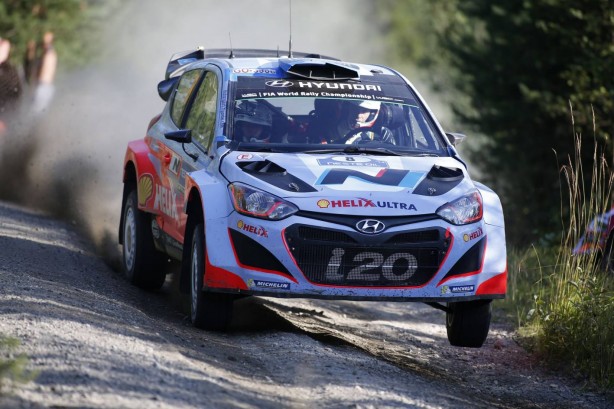 Paddon said: “It’s not been the end to the rally that we had hoped for but overall I think we have done a good job this weekend. We experienced some power steering problems right from the opening stage this morning, which is precisely what you don’t need when tackling the fast stages in Finland. I certainly felt it in my arms at the end of SS25! We knew we were going to lose places in the battle for sixth place but we weren’t going to throw anything away. We took no risks and just brought the car home. I feel that I have learned a huge amount this weekend. I have felt totally comfortable in the Hyundai i20 WRC and without a doubt it has been our best rally so far – even with today’s issues. Our confidence has grown all weekend and I was pleased to have been in the top six; we have shown what we are capable of but there is much more still to come and I can’t wait for our next rally in Australia.”

Rally Finland always promised to offer the rookie Hyundai Shell World Rally Team with one of its sternest tests of the championship. The team is pleased to have shown flashes of competitive pace and overall improvements to the Hyundai i20 WRC cars in the tough conditions.

Team Principal Michel Nandan said: “We’ve had a mixed final day in Finland. Looking at today’s three stages, it was pleasing to see Juho on the pace and able to set some fast times, particularly in SS25. Following his problems on Friday morning, he has really settled into a good rhythm and has fought hard to make his way into the top six. It was equally a shame that Hayden experienced some power steering issues this morning which stopped him from defending his own sixth place. He has driven a mature rally, very professional and committed. We are happy with the progression he has made since joining us in Sardinia and look forward to him returning for Rally Australia. The weekend as a whole has had some positives and we must take some encouragement from the progress we have made both operationally and on the technical side of the car. There is more to do so we look to Rallye Deutschland – effectively our home event – with optimism.”