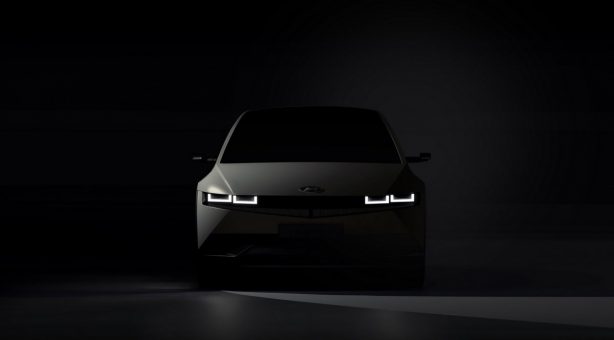 Hyundai has given us a first glimpse of the company’s upcoming IONIQ 5 EV ahead of its debut next month.

Previewed by the 45 concept, the IONIQ 5 is set to be Hyundai’s first electric vehicle to be based on the new E-GMP platform.

Unlike anything else we’ve seen from Hyundai’s current line-up, the new model features a unique design that the company says will be a “fundamental shift” in the design of EVs moving forward. 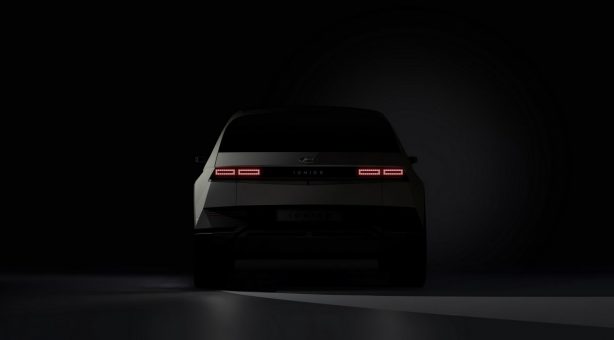 Distinctive styling elements include pixel-inspired head- and taillights “suggestive of the digital technology within”, a clamshell bonnet that spans the entire width of the SUV to minimise panel gaps and create a clean and high-tech overall look and aerodynamically optimised wheels measuring up to 20-inches. 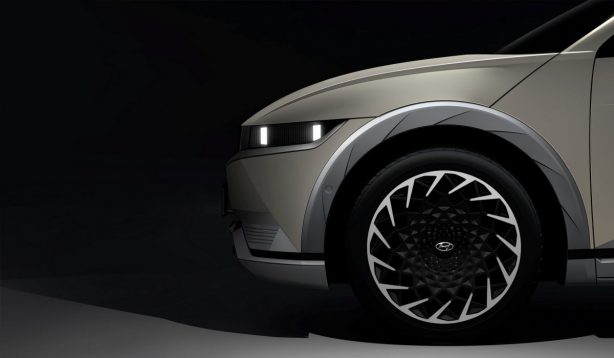 Most details of the vehicle is still under wraps although Hyundai has revealed the car’s Vehicle to Load technology will enable the IONIQ 5 to function as a 110/220V power supply and that it’s “ultra-fast” charging capability will see a five minute charge proving more than 100km of cruising range in the WLTP cycle.

While nothing is official at this stage, the IONIQ 5 will reportedly feature all-wheel drive and a driving range of approximately 450km, with the solar roof helping to top-up the batteries when the crossover is parked.

Previous Apple is building a car? This is how it may look like
Next BMW 3 Series G20 dropped on H&R springs and spacer package