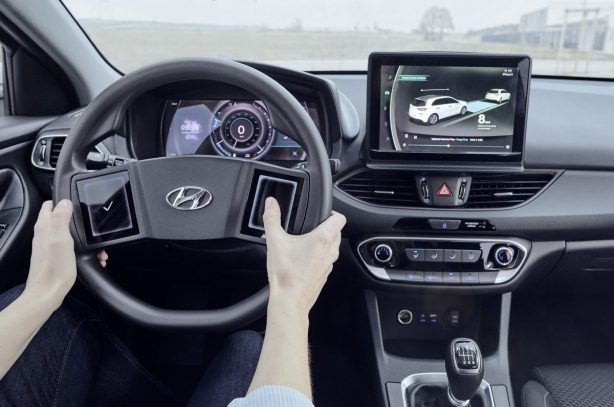 Carmakers are increasingly coming up with high-tech interiors that showcase the latest technology and Hyundai is the latest to embrace this trend.

While based on the i30’s interior, the Korean giant has significantly overhauled the hatchback’s cockpit that brings an all-new steering wheel with two touchscreens, as well as a digital instrument display. 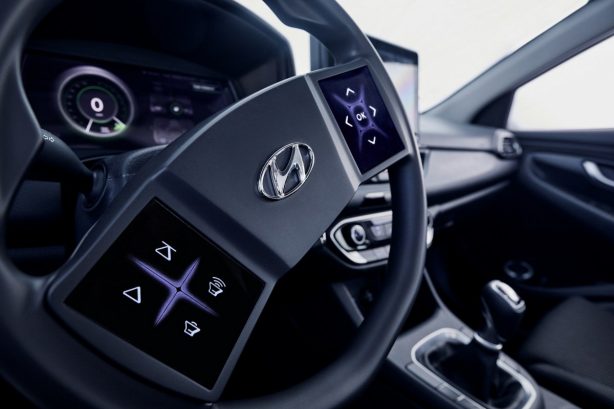 Instead of traditional buttons, the steering wheel concept features two customisable displays that allow drivers to chose the icons/functions they want. This includes everything from volume controls to dedicated shortcuts for the navigation system.

That’s not all, the steering wheel screens also have actuator modules which is claimed to deliver stronger and more consistent haptic feedback for the users. 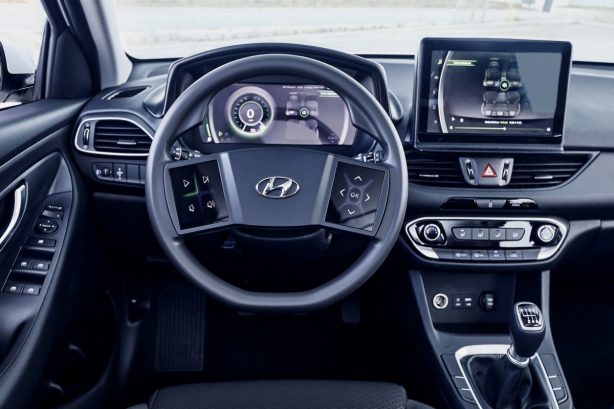 Along with the new steering wheel, the i30 features a digital instrument cluster with a multi-layer display. Unlike ‘traditional’ digital displays, Hyundai’s revolutionary display features two different screens which are “stacked behind each other at a distance of 6mm”. This enables realistic 3D graphics which Hyundai says could be used to subtlety alert drivers to important information such as the speed limit.

The hatchback’s infotainment system has also been upgrade with haptic modules and new software that interfaces with the digital instruments and steering wheel controls. 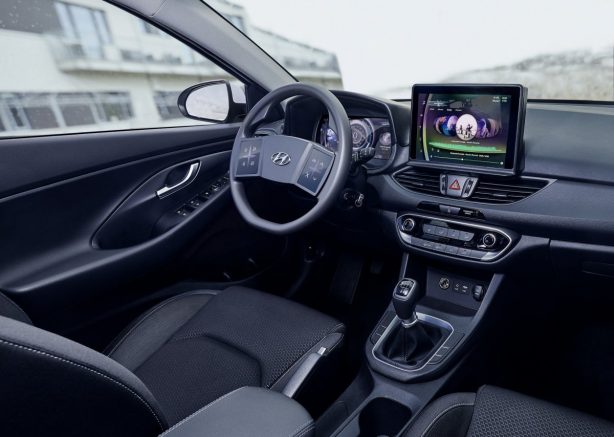 According to Hyundai, this makes the experience of using multiple displays more cohesive and enjoyable.

Don’t expect to see the technology anytime soon though as the company hasn’t committed to putting it into production.