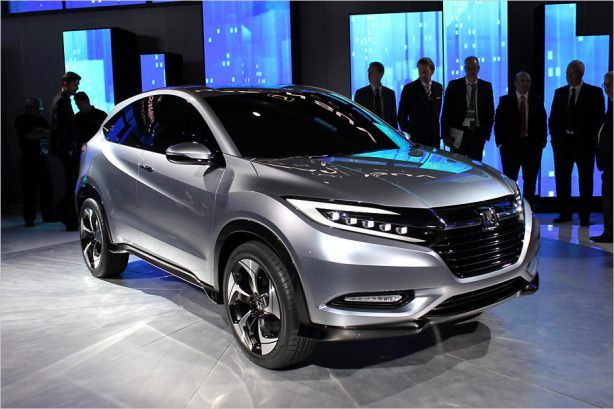 Following the teaser image released last month, Honda has taken the cover off the Urban SUV Concept at the Detroit Auto Show (January 19 to 27, 2013).

The new concept is a crossover between a SUV and a coupe, with wraparound headlights, coupe-like roof line and sweeping lines. Built on a modified Honda Jazz platform, the concept provides first glimpse into Honda’s plan to build a small fun-to-drive crossover to take on the likes of Peugeot 2008, Nissan Juke and also Nissan’s latest Resonance Concept.

Honda is not new to the small SUV market, having produced the all-wheel-drive HR-V between 1999 to 2001. The production version of the Urban SUV Concept is expected to hit global market in 2015.