Honda NSX goes for a cool $1.2m at auction in the US 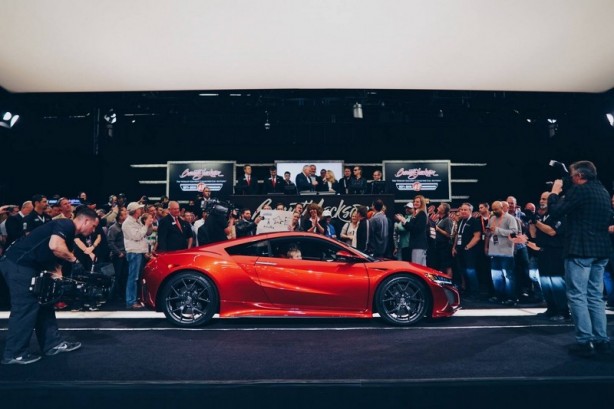 The first all-new Honda NSX to roll off the production line has sold at an auction in the US for a cool US$1.2 million – nearly 10 times its market value in the country. 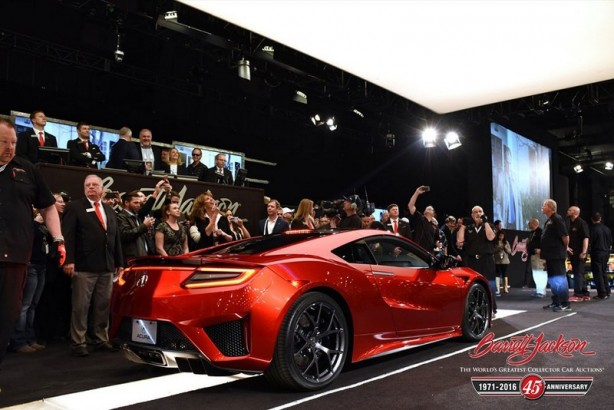 Bidding for the car topped the US$1 million dollar mark at the Barrett-Jackson Scottsdale 2016 auction on the evening of Friday 29thJanuary, making it the highest charity sale of a VIN #001 manufacturer car in the auctioneer’s 45-year history. A renowned collector of first-edition performance cars, Rick Hendrick will add the very special NSX to his museum collection in Charlotte, North Carolina.

With a US retail price starting at US$157,800 ($223,228) including delivery, the all-new NSX is Honda’s first built-to-order car. An online configurator will also launch on 25th February in the US allowing prospective customers to explore the 421kW, twin-turbo hybrid supercar for themselves. 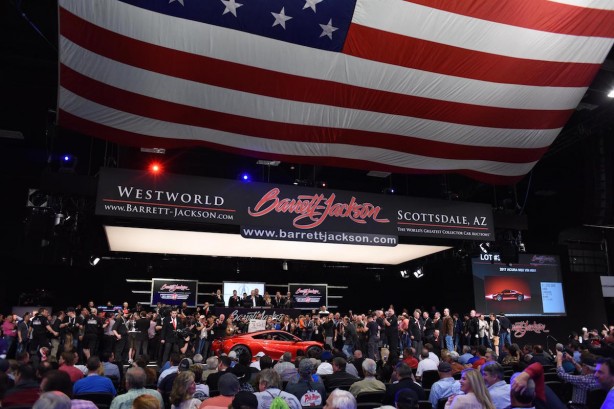 The all-new Honda NSX is set for an Australian launch next year.